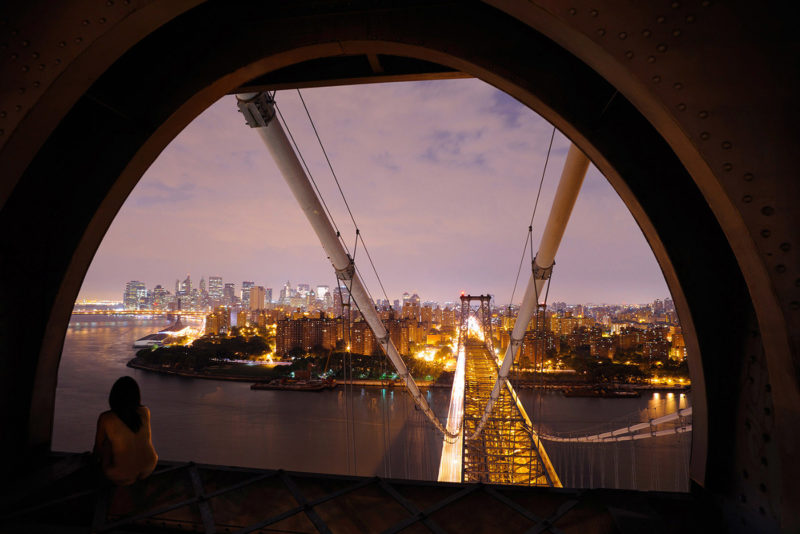 Miru Kim (b. 1981) is a New York-based artist who has explored various urban ruins such as abandoned subway stations, tunnels, sewers, catacombs, factories, hospitals, and shipyards. In 2006, she received an MFA in painting from Pratt Institute.

Her work has been spotlighted in countless other international media such as The New York Times, TED.com, The Financial Times, and ARTE France. Public collections of her work include Leeum, Samsung Museum of Art and Hana Bank.

Why did camels go into the desert? The desert is unrelenting. It drains the life out of the living. Camels evolved to live in the most abandoned areas on earth because they wanted to be in peace. They had no weapons. They had no desire to fight. They kept going away and away, into a place where no predators could attack them, and that was the desert. On the way, they adapted their bodies to the environment. No other large mammals can survive in the desert like they can. So it worked; they found peace at last. No lions to bother them in the desert.

Then we humans, the animals that wanted to conquer all of the Earth, came along. Learning that we cannot survive by ourselves in the hot and drylands, we decided to tame these desert creatures in order to expand our frontiers. And we did. We formed communities and roamed the desert in search of water and pasture for our tamed beasts, who provided us with nourishment, transportation, and shelter. But maybe the camels were the ones that chose us as their companions, to fulfill their wish that we would learn their way–how to find peace in the deserted lands.