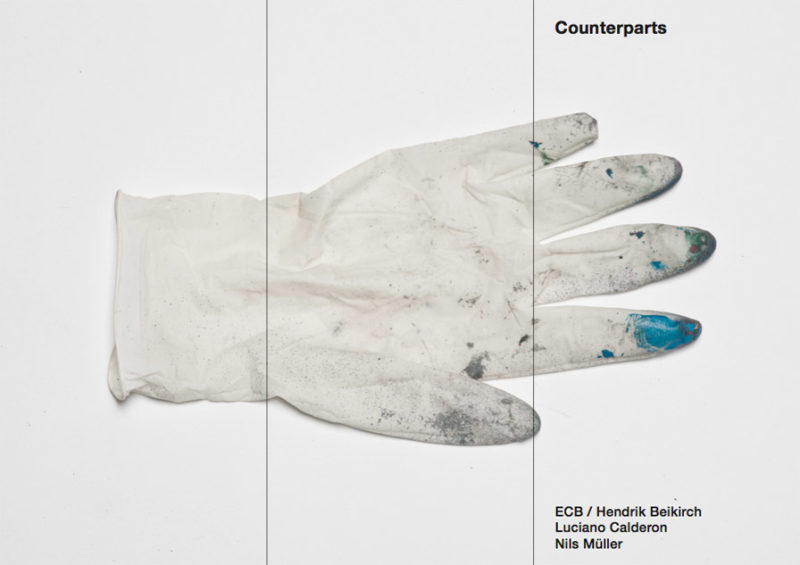 Through collaborative dialogue, the three created new works that provide a unique interpretation of graffiti artists and their reception by the public.

Graffiti artists shape the appearance of urban spaces, yet often work without revealing their personal identities. Why do they break laws, invest much time and energy, and risk getting prosecuted? Counterparts is twisting the logic of identity by delivering a rare glimpse of some of the performers of this relatively young art form, fueling one’s fascination with the artists and their stories.

For Counterparts, Müller, well known for documenting subway graffiti worldwide, took portrait shots of three prolific German artists. Normally, his photos show the figures with covered faces due to the clandestine nature of their work, but this time, Müller reveals the faces of this secretive subculture. Furthermore, the close-ups provide the viewer with an intense face-to-face encounter. Müller’s photos are accompanied with short biographies of each artist to give better insight.

Hendrik Beikirch recreates Müller’s images in his larger-than-life paintings, yet his contribution to Counterparts chooses to obscure the artist’s’ visages, reinforcing their common affiliation and highlighting striking individual differences.

Calderon’s version is more abstract. Meeting the needs of the expansive exhibition space, he created a large centerpiece: a 6-meter-high mask painting. The mask is covered with lettering using Calderon’s graffiti style, and further, incorporates elements of South American typography inspired by the Pixação from Brazil and the tattoos of the notorious Mara Salvatrucha.

Counterparts harnesses three highly unique and contrasting styles: the monochrome painting of Beikirch, the black and white photography of Müller, and the outspoken lettering of Calderon, and gives the visitor a rare opportunity to see these artists in consonance.

The Forumkunst Rottweil, located between Stuttgart and Zürich, is a non-commercial art space founded in 1970 that has established a reputation for exhibiting world-renowned artists throughout its 40-year history.

The exhibition is curated by Robert Hak and Martin Schulze.