Born Moishe Shagal on 7 July 1887 in Liozna, Belarus, Marc Chagall was a French-Russian designer, etcher, lithographer, and painter. His fantasy compositions often depict aspects of his family and personal history, as well as those of the folklore of Eastern Europeans at large. The artist’s practice ran the entire art gamut, including glass staining, ceramics, books, printmaking and painting.

Chagall’s style and artworks played a crucial role in influencing the emergence of twentieth-century art. In fact, the emotional gestures and dreamlike subjects were influential in developing most avant-garde movements like Symbolism, Fauvism and Cubism.su_spacer size=”20″]

His works are part of well-known collections of the Art Institute of Chicago, the Guggenheim Museum, the Tate Museum, the Museum of Modern Art, and the National Gallery of Art. 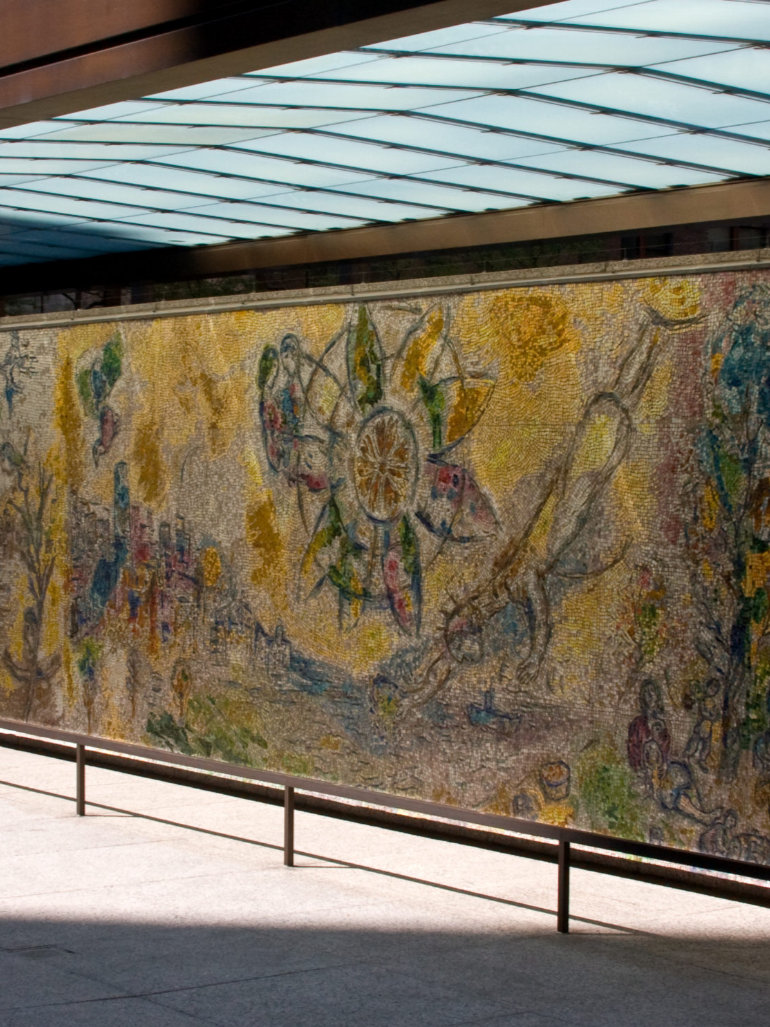 Chicago is a bustling city with numerous buildings. In the midst of all the bustle is one magnificent landmark: Marc Chagall’s Four Seasons mosaic. Located in front of the Chase Tower Plaza, the mosaic spans over a 70-feet (21-meter) length and wraps around a rectangular support. In its dazzling display, themes of nature emerge … 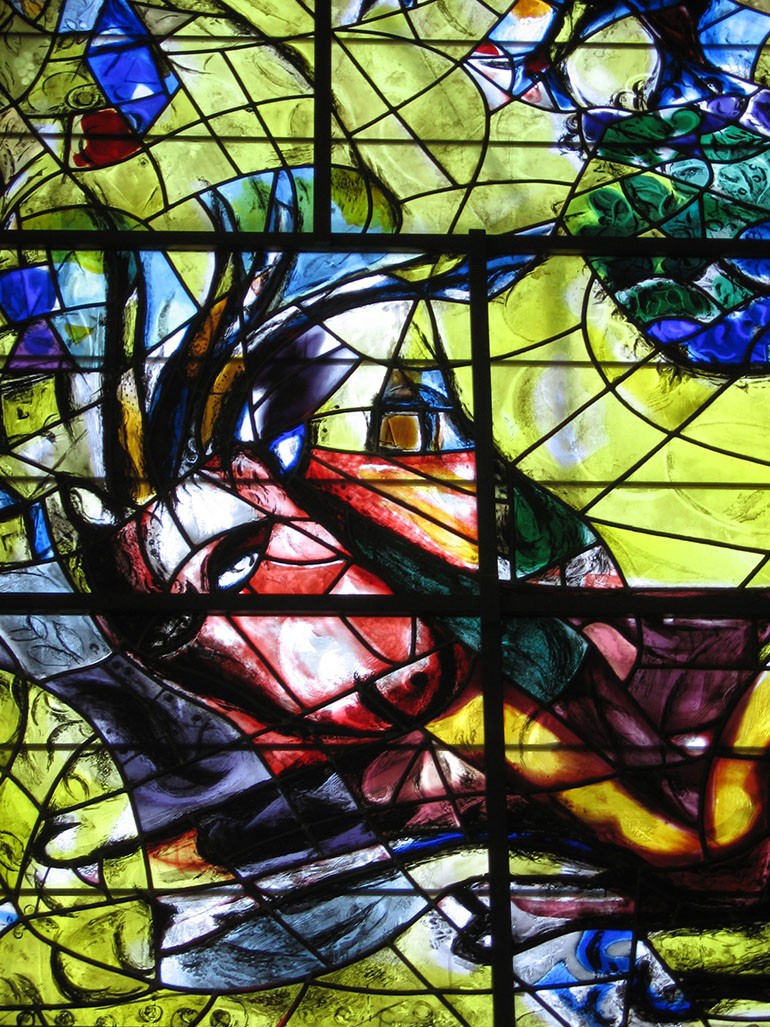 In early 1962, renowned artist Marc Chagall stood in the synagogue at the Hadassah-Hebrew University Medical Centers in Jerusalem. Above him were twelve stained-glass windows that he had designed himself. It was this where he delivered a touching speech. Chagall had an audience of about three hundred people as he installed the windows, including …