Skip to content
Applying paint on public transport without permission is a senseless occupation: It’s dangerous, illegal and often disliked.

At the end of one’s career, there is no big prize, no glory, no golden watch. So what motivates these artists to follow their passion?

Freedumb is not trying to give an answer to anything. It is a discovery, a trip into the unknown, a documentation, without a pre-casted opinion. Like the graffiti on public transport, it just is.

The photos from prominent artists Taps & Moses, Utah & Ether and Phil America simply show you what’s happening in the painter world underneath you. They just are, and they will be, whether you love it, hate it or don’t care.

Freedumb alludes to a typical, dark graffiti writer humor. The search for freedom is a central theme in the world of graffiti. 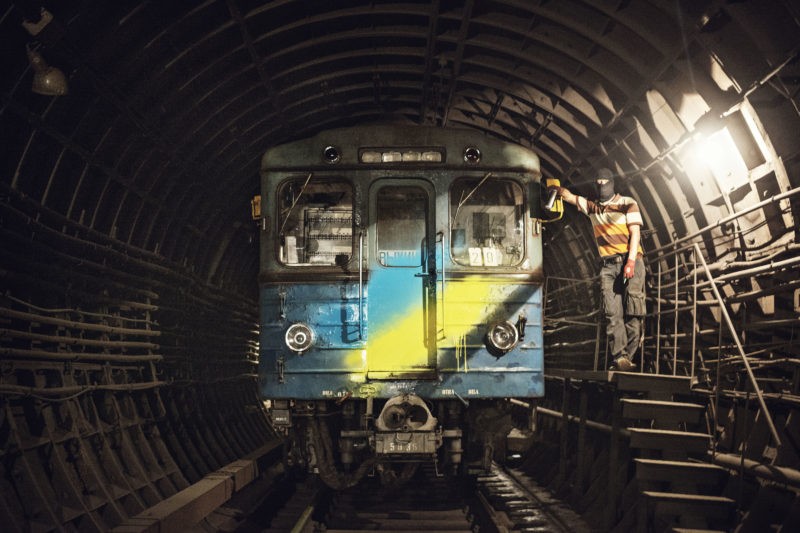 Phil America (b. 1983) is an NYC and California-raised artist. He has lived throughout the US, Europe, Asia and Africa, concentrating on individual moments of freedom, most recently looking at the human relationship with class, gender and race.

In his work, he uses performance, photography, writing, video, sound installation and sculptures to seek a better understanding of his subjects.

The German artist duo, also known as Ernie & Bert, Alias and Topsprayer™, has grabbed the attention after their most recent exhibitions in both the art world and public space.

The ever-changing name of this collective was not born out of indecision or marketing but rather to conceal the identities of its members while still defying the unwritten laws of graffiti: anonymity.

The pseudonym is the signature that gives the work recognition value. Taps & Moses are well-known for frequently using two colors, substituting their names with it. Recently they have published their first two monographs.

Danielle Bremner (UTAH) and Jim Clay Harper (ETHER) are mixed media artists from New York City and Chicago. Born and raised in the USA, their art and ambitions have taken them across the globe. Their works can be seen on walls and trains spanning four continents, in cities such as Paris, Milan, NYC, Beijing and Tokyo.

Their accomplishments in the graffiti world have garnered them much attention, and they have appeared in different publications. In addition to graffiti, the couple utilizes video, photography and social media and has produced short films, books, magazines and solo art shows.

The exhibition shows large photo prints depicting the artist’s relationships with passenger trains and the graffiti that is done on them. Alongside the photo prints, a sculpture designed specifically for the show will be shown. All works in the exhibition are unpublished and shown exclusively for the first time.

The exhibition included a sculpture, photo prints and a video installation, giving viewers a first-hand view of a life outside the rules and limits of both art and society.

Thanks to Edition Patrick Frey & Till Rippmann