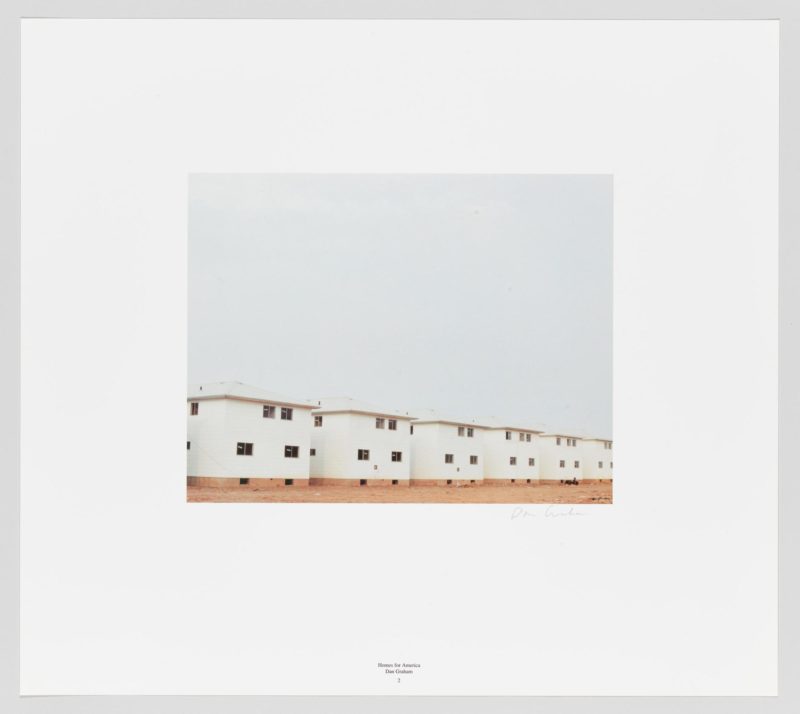 What is Dan Graham is known for

For the past half-century, Dan Graham, through art, has been on a mission to illustrate the symbiosis that exists between any architectural environment and those that interact with it.

Graham has been involved in projects around the world, but his works that provoke the most interest are made from glass and mirrored pavilions. With their reflective power, such projects appeal to the cognitive and visual senses of the viewer for their voyeuristic design elements. They are definitely a fine mix of architecture and art. According to his own description of his works, Graham intended his creations to be habitable geometric forms that sprung to life according to the perception of a viewer.

Graham has been involved in curating, writing, photography, architecture, performance and installation. His analytical stint came to life for the first time in 1966 with the Homes for America project.

This project comprises of photos taken in New Jersey, USA. The accompanying text directs the viewer’s attention to land use economics and the obsolescence of craftsmanship and design. 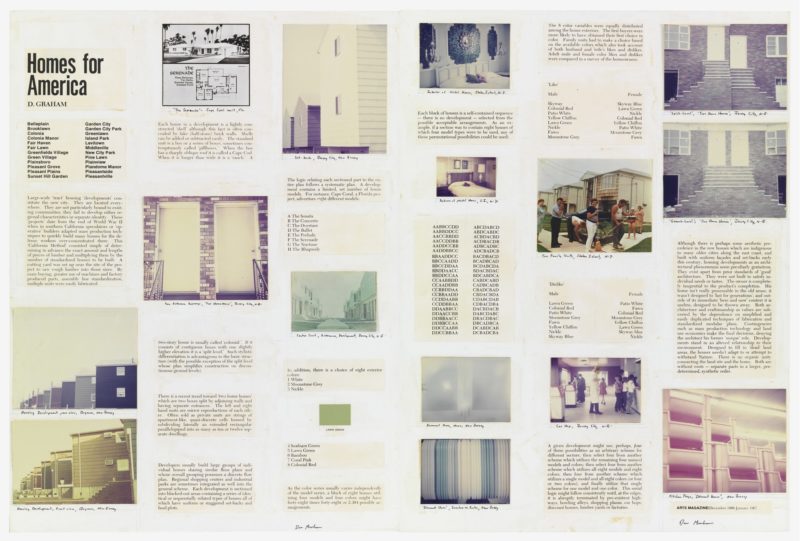 What is shown in the project?

Homes for America comprises of images of cheap houses arranged in a grid-like layout and whose repetitive sequence mimics the modern housing estate plans. Designed to take a satirical blow at minimalism which appears to be rather dominant, Homes for America as an artwork tells the story of habitation in far more details than words can. As can be almost instantaneously picked up, modernity seems to be synonymous with repetition, regularity and mass production. 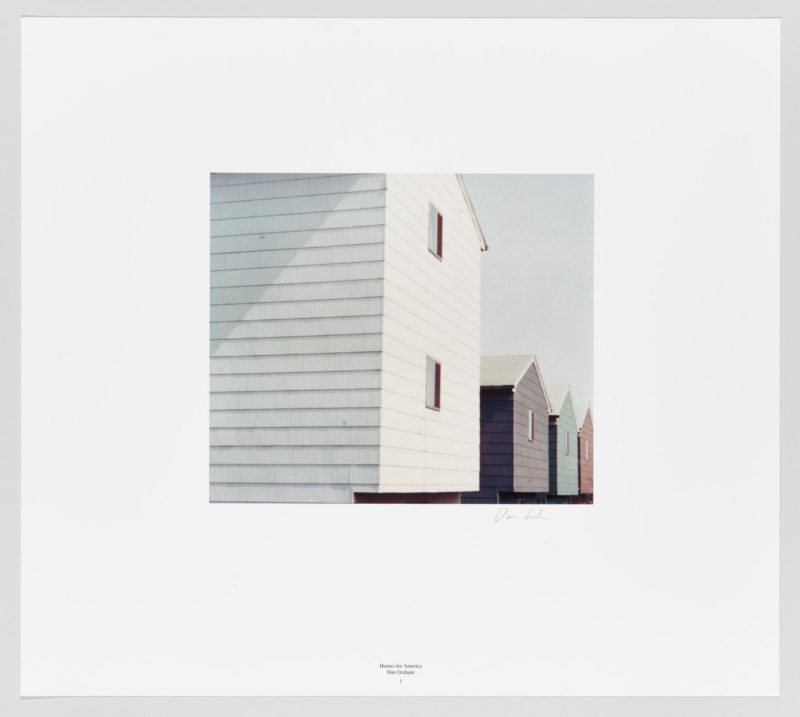 Is Graham intrigued by regularity or appalled by the idea that the world would soon lose its authenticity if all new buildings were to be more or less identical? For him, nature is only going to remain artistic if the regular is interrupted. You would be tempted to think that Graham lacks a sense of order, but that is far from reality. Graham does not wish to be able to rationalize modern advancements but rather to unlock the madness that lies beneath any natural phenomenon. 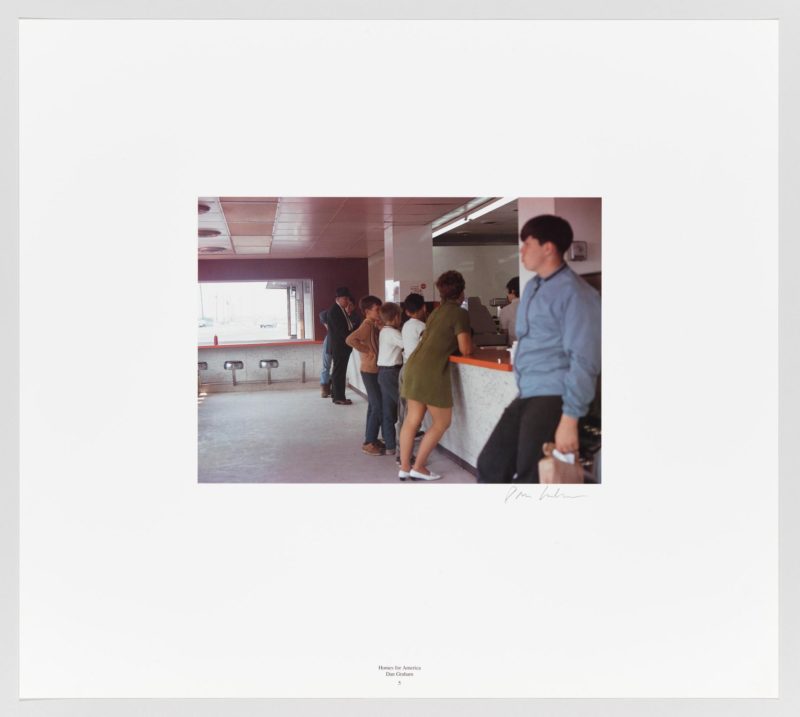 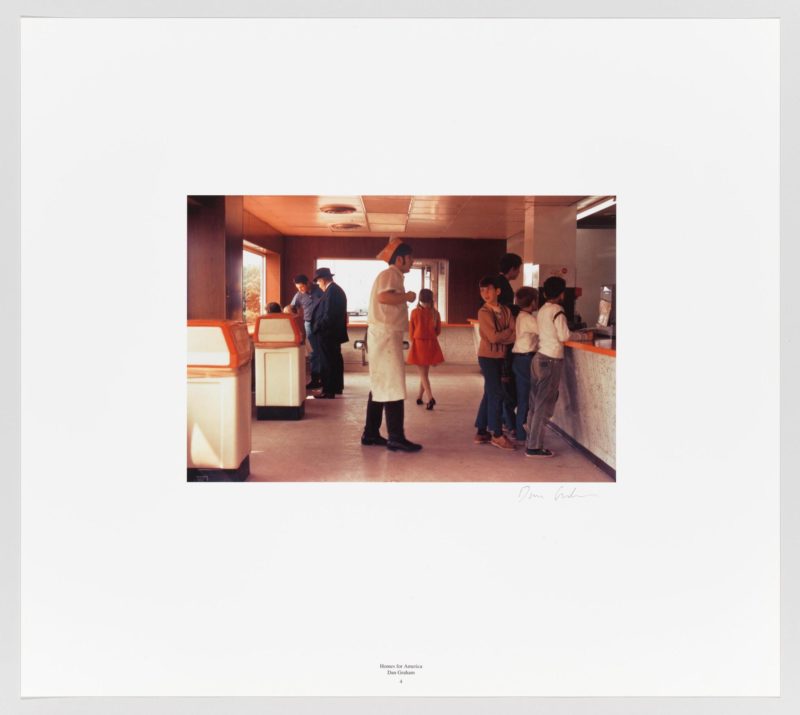 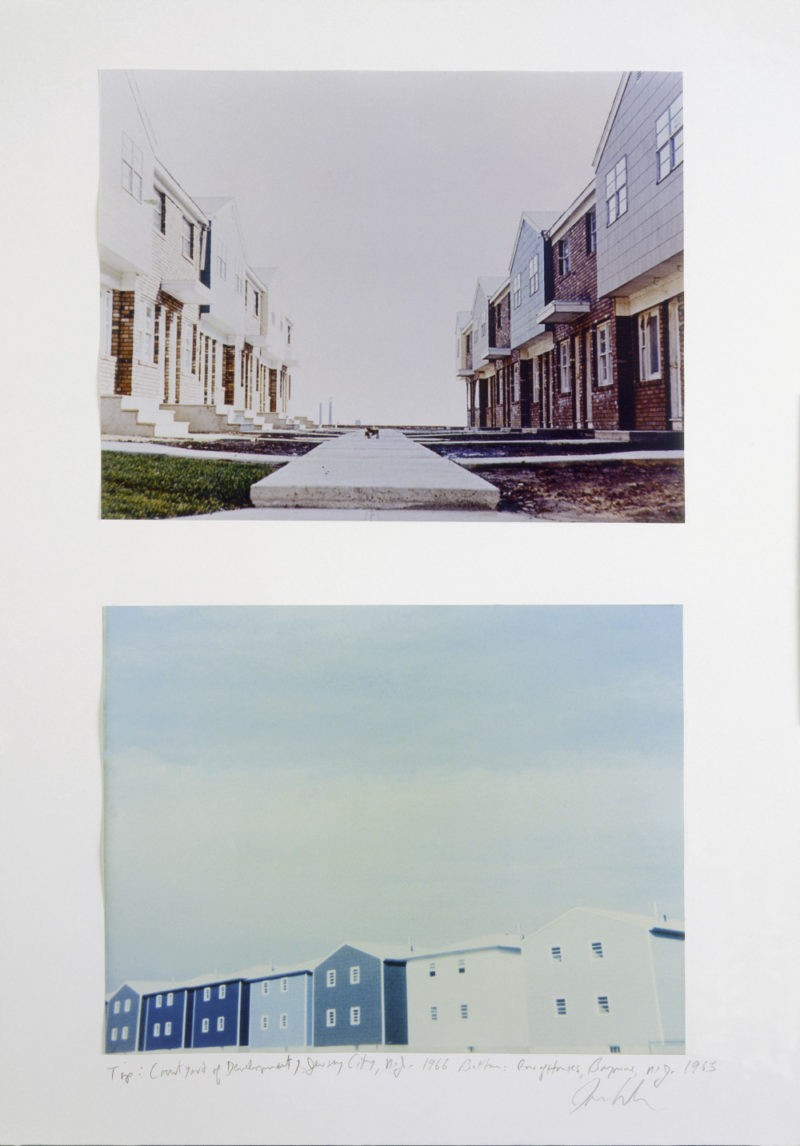 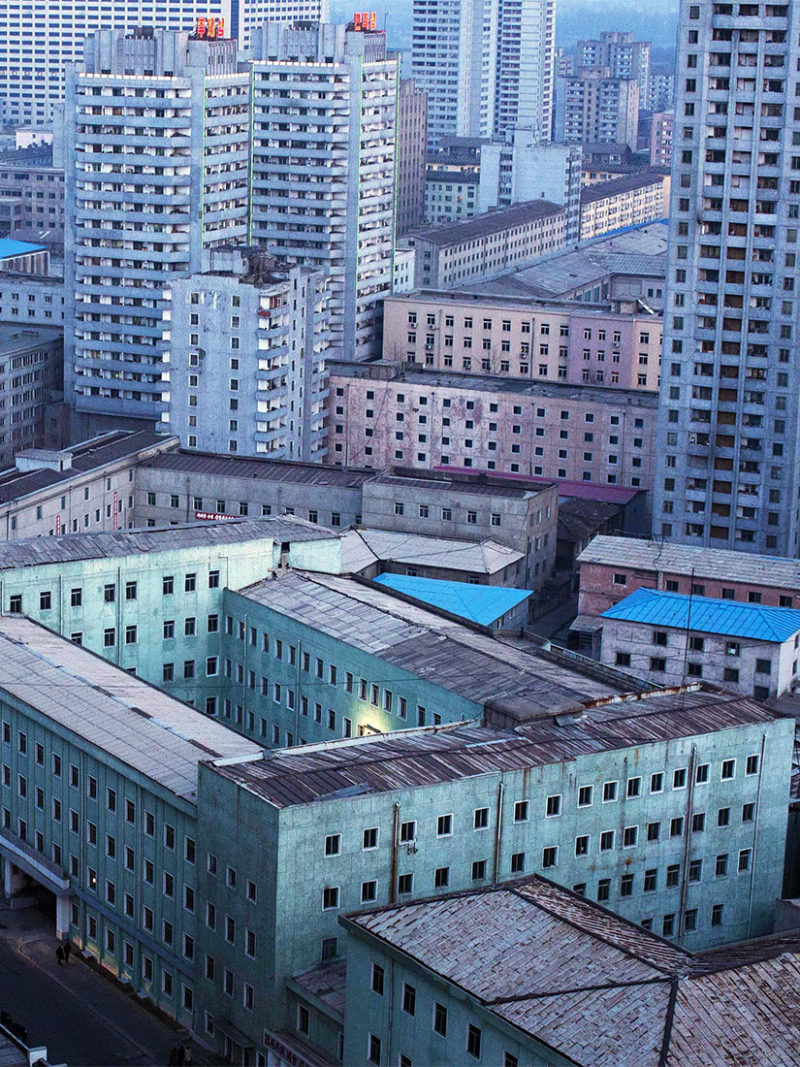 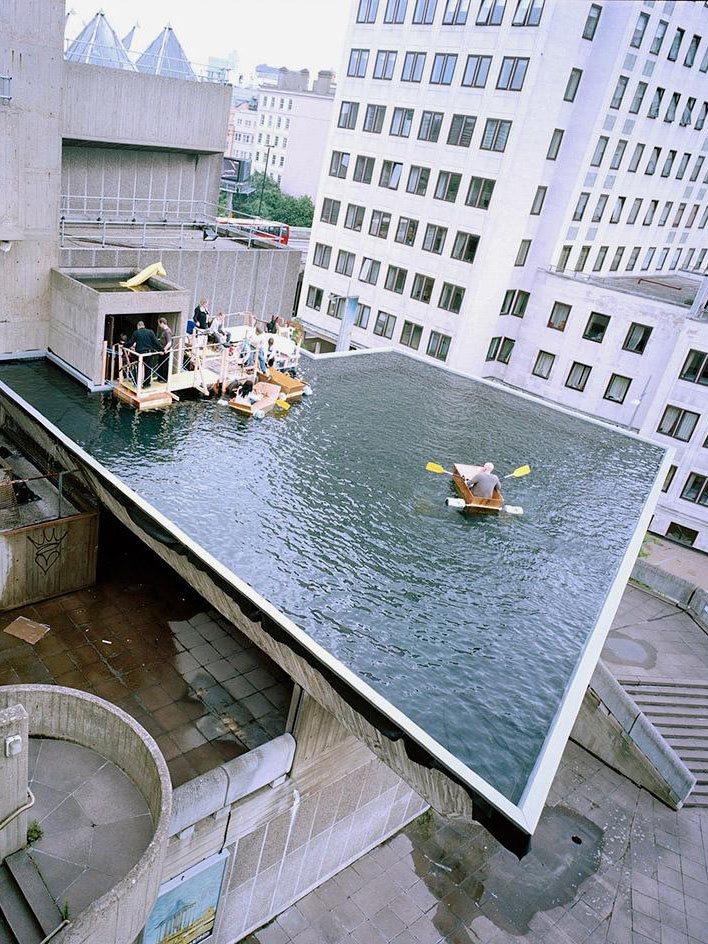 Gelitin installed a pool on top of London museum 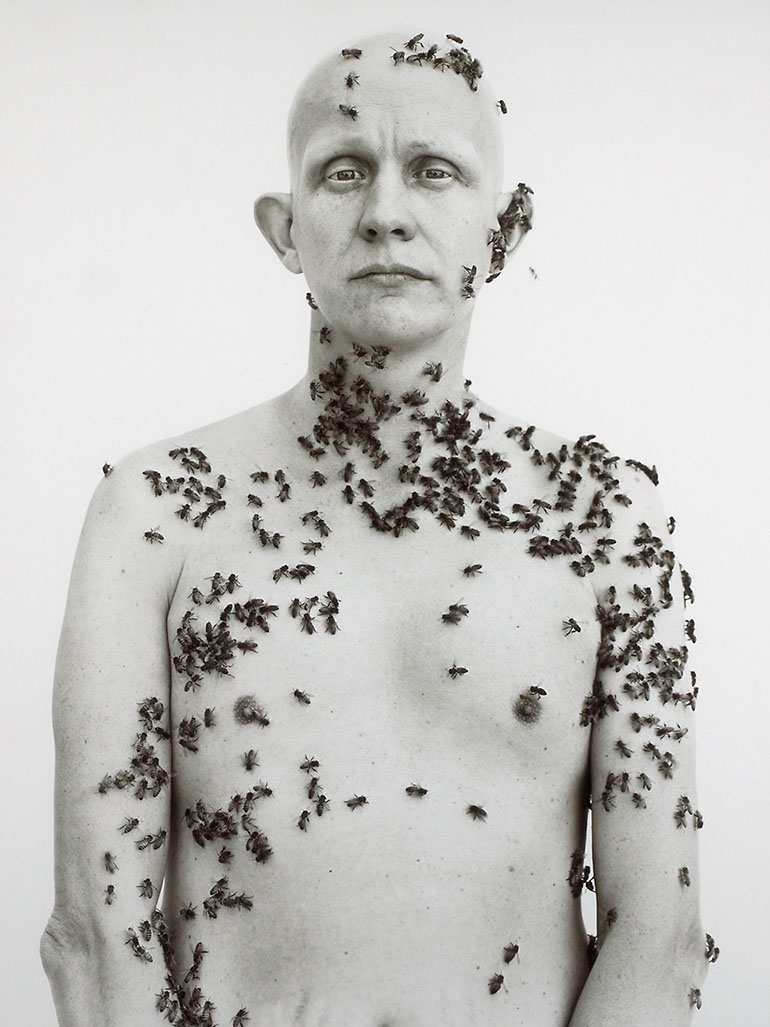