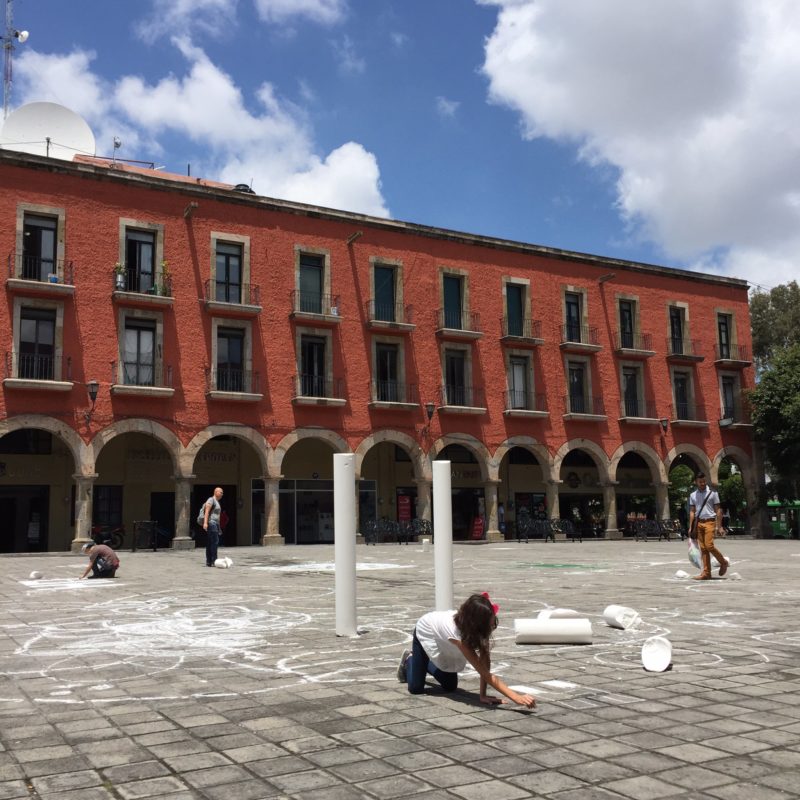 The two Puerto Rico based artists Jennifer Allora and Guillermo Calzadilla have been working together to make captivating artworks. Allora and Calzadilla are known for their interactive artworks in public, often addressing social and political issues, as well as engaging questions of history, geopolitics, and culture.

Collaborating since 1995 most of their artworks combine video, performances, sound art and elements of sculpture. Their work became known to a broader audience thanks to their participation in the 54th Venice Biennale in 2011, representing the US.

One of their recent works is Chalk. Upon entering the art space, giant pieces of chalk are waiting for visitors, welcoming them to an engaging and shambolic art experience.

The human-sized sticks of chalk are putt into a gigantic chalkboard spanning the walls and the floor of art spaces. The duo allowed for spontaneous mark-making. All chalk pieces are 162.5 cm (64′)’ long and 54 kg (120 pounds) in weight. The walls are treated with special chalk-friendly paint, and hence you shouldn’t be worried about allergies and such. Don’t expect a chalkboard to scratch your nails on. 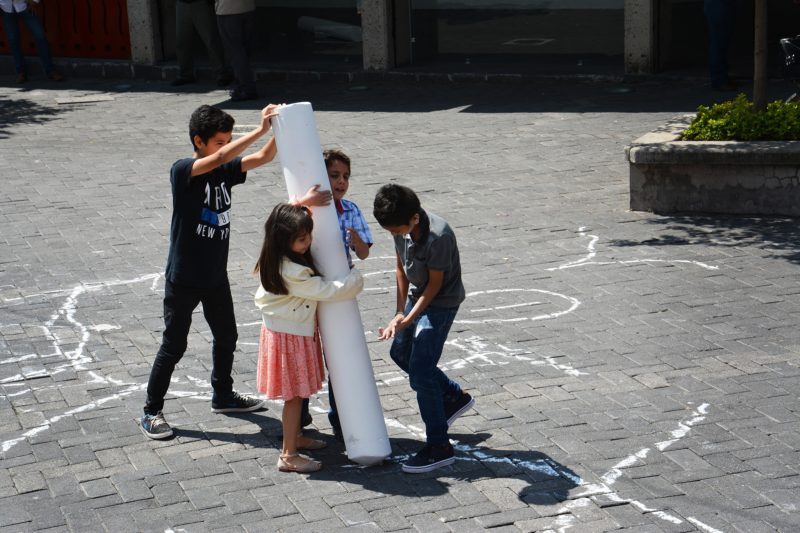 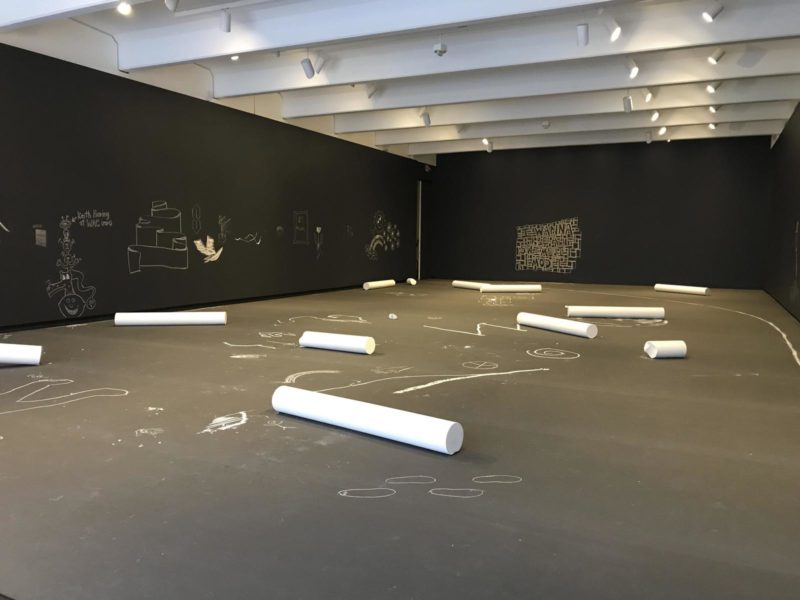 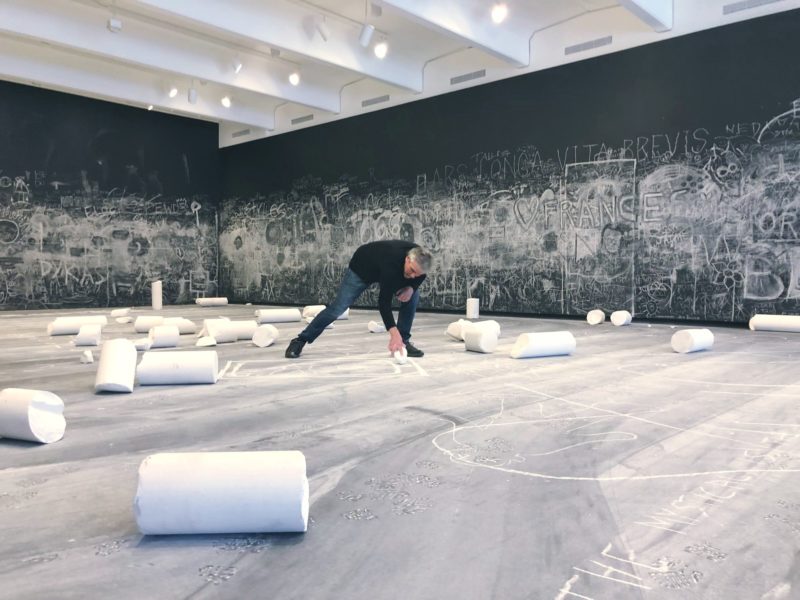 Chalk is not a completed project. It has been presented in many cities of the world, including Zapopan in Peru, Boston in Paris, Sydney in Mexico and New York. This ongoing project was also installed in the central government square in Lima, Peru to stand as a part of the 2002 Biennial Iberoamericana. With each iteration, the character of the work shifts in response to the locals, social, and political factors. This way, Chalk creates a kind of social portrait of the current city. 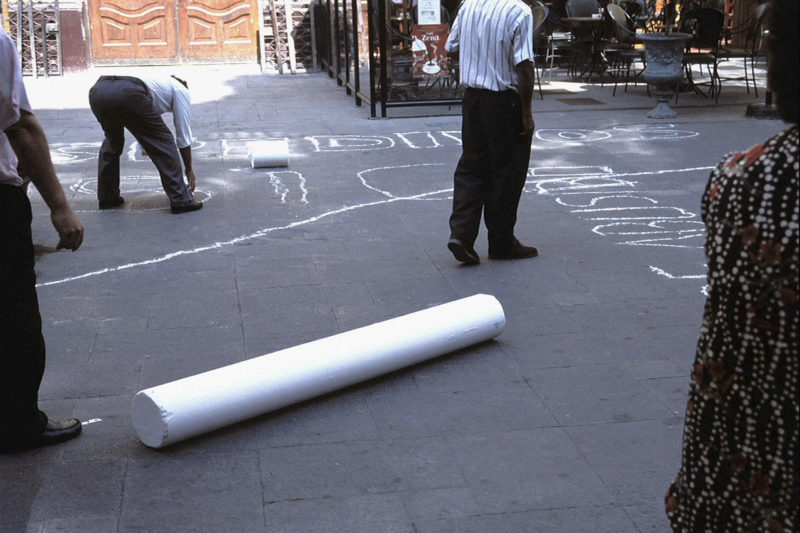 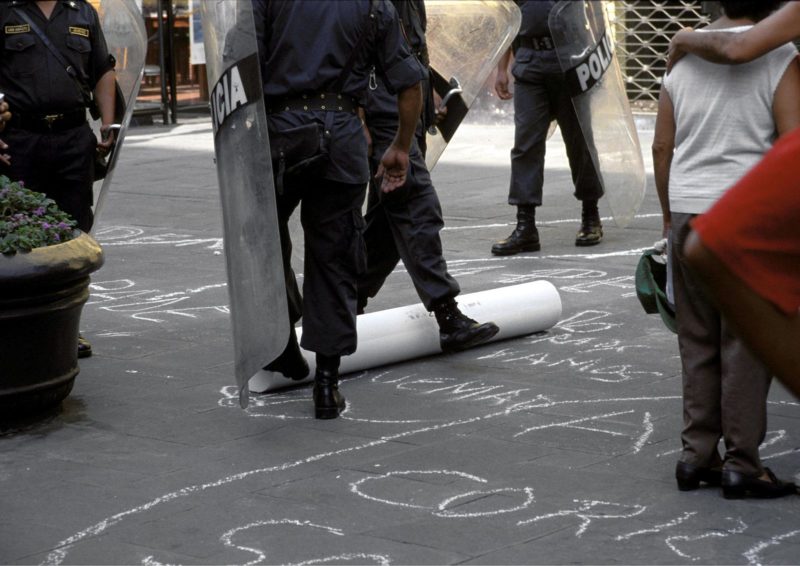 Chalk serves as an excellent way of getting messy in a white cube. Typically, it’s in this space where visitors are told to look but not touch. Many people want to see Chal and feel connected to it. Each art space serves as a standpoint for the public. Audiences of all ages can participate and write with the chalk on the walls and floors. This performance transforms the space into an impressive self-expression site.

This unique project provides a platform for the participants to exchange ideas. Chalk, therefore, acts like a social and a political portrait of modern society. Chalk creates a sense of communal unity and provides a platform for public expression of different opinions. Removing the chalk out of class and placing it into art spaces stands as a chance for the public to share their ideas and enlighten their foils.

What would you do if you came across human-sized pieces of chalk? 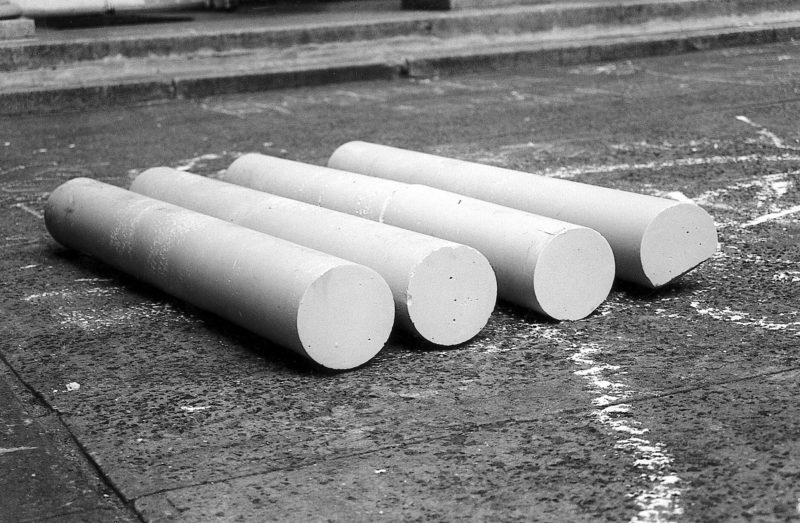 Robert Smithson’s Spiral Jetty – Everything you need to know 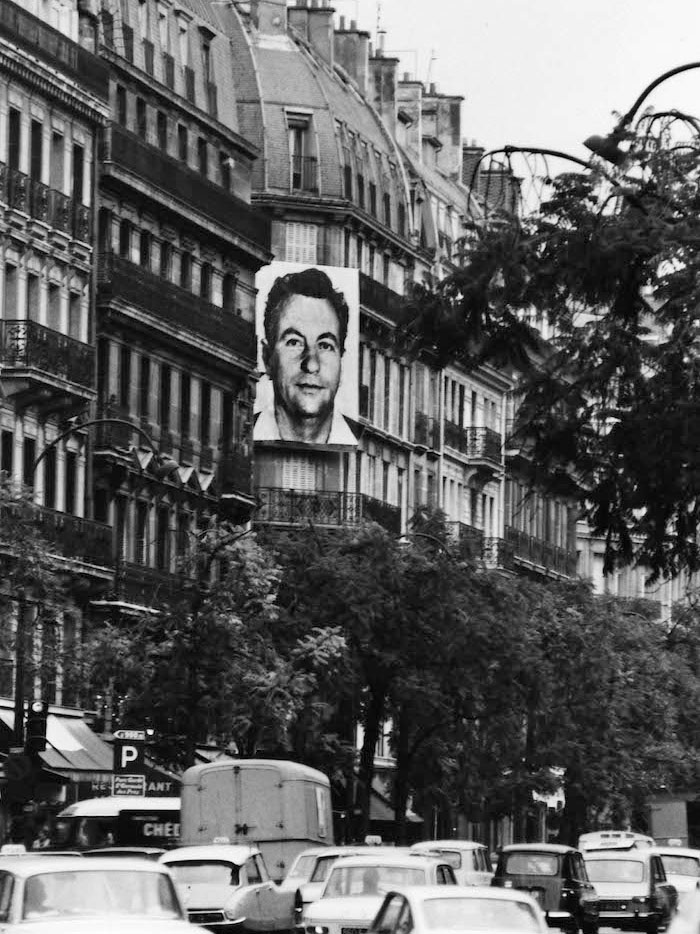 Braco Dimitrijević’s casual passersby – These people are not famous 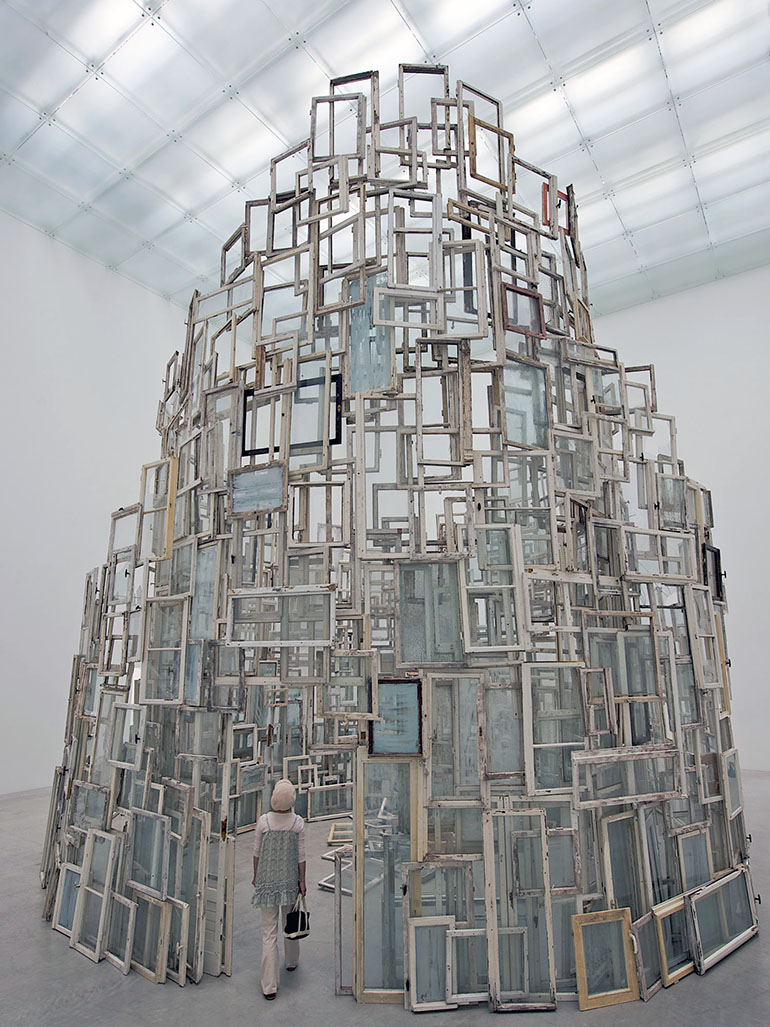 One of Chiharu Shiota’s best works – Room of Memory 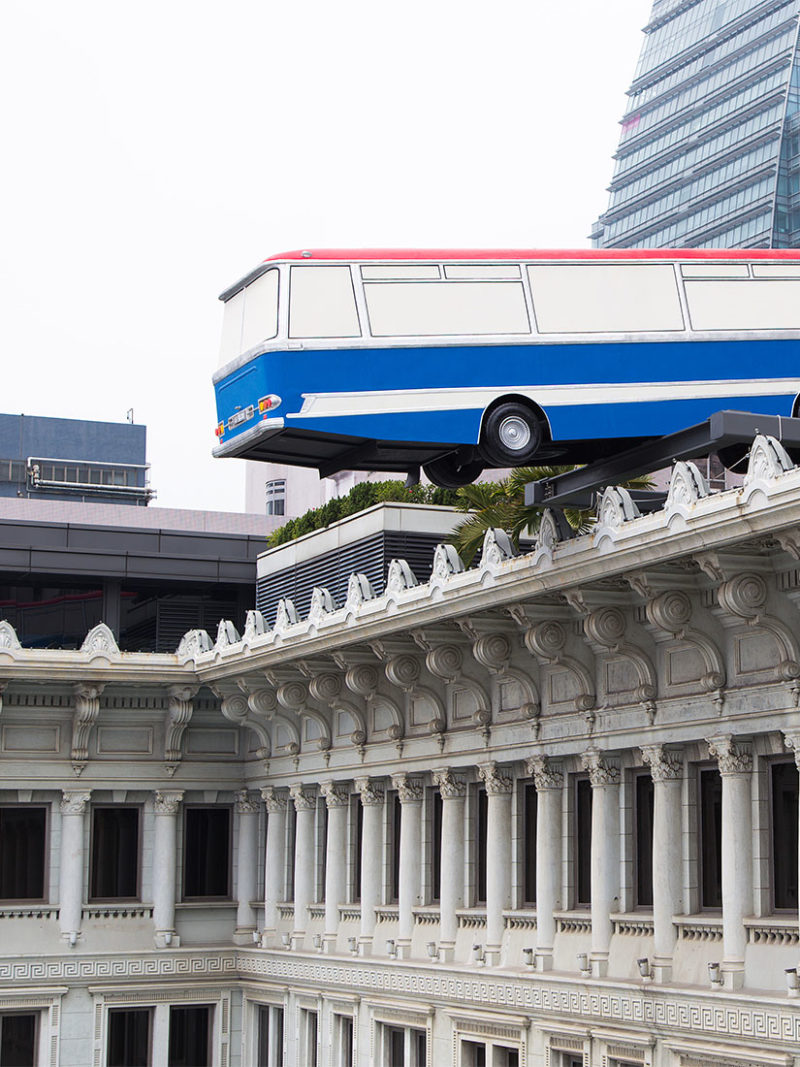 Richard Wilson & The Italian Job – Is this bus falling off a roof?

Want to support us? Want to see less ads? Be part of our fully independent operation and support us with a donation. We are a fully independent operation. One hundred percent of our editorial content is specifically commissioned. Contributions can be made with PayPal or by credit card.
Support us
Installation, 54th Venice Biennale, Allora & Calzadilla, conceptual art, Ibero-American Biennial of Lima, in public, interactive/collective, tank, Walker Art Center, Zapopan Art Museum
Click here to cancel reply.