The story behind Crack is Wack

Keith Haring came up with his celebrated Crack Is Wack mural in 1986, at a deserted handball court located along the Harlem River Drive. The images of his double-sided mural were taken by a photographer known as Juan Rivera. Of course, since the mural was created in 1986, the spot at Harlem River Drive has since been repainted and buffed after the original mural was vandalized.

Why did Haring choose that spot?

Like many other street artists of the time, Haring chose a spot that had the largest potential for visibility. The wall was the perfect spot because it had the appearance of a large billboard; like some of the ones that you would typically see on a busy highway.

He did not ask for permission from the authorities to paint his mural, however, the work was completed in a day, and was titled Crack Is Wack. After completing the work, Haring got arrested, potentially facing jail time, and ended up paying a $25 fine for disorderly conduct. The Parks Department recognized the artist and the work was put under the protection and jurisdiction of the City Department of Parks1.

What inspired Haring to paint this mural?

Haring chose to give the mural the title, having witnessed his studio assistant undergo years of struggles with crack, which led to a near-death experience in 1984. According to Haring, his young assistant’s struggle was an incredibly distressing experience for all the parties involved, which inspired the talented artist to create a piece that would pass across the message of the struggle.

Before the mural, Haring and his young assistant had tried a variety of techniques to rid Benny, his young studio assistance of his addiction. They had tried everything from seeking help from counselors to calling cocaine hotlines for help. Appalled by the apparent lack of support in this area, and the slow reaction from health and government agencies, Haring decided to create an anti-crack painting that would be seen easily by all.

Why the painting still matters today

Admittedly, it was hard to miss the fluorescent orange mural. Although Haring was arrested for vandalism, the piece managed to make rounds in the media. At the time, President Reagan was intent on fighting the war on drugs2 and the mural was newsworthy and relevant. Each time the media would feature a story on crack, they would flash the popular image in the background.

The mural protected by city officials

At one point the original painting was vandalized and transformed into a pro-crack campaign. However, city officials eventually commissioned Haring to repeat the mural, which has remained untouched to this day. The mural has undergone restorative work but the essence of it and the message painted on the wall rings true today as it did in the summer of 1986. The painting is a constant reminder of the dangerous effects of crack on the people that use it and on the society at large.

These are Anselm Kiefer’s teetering towers 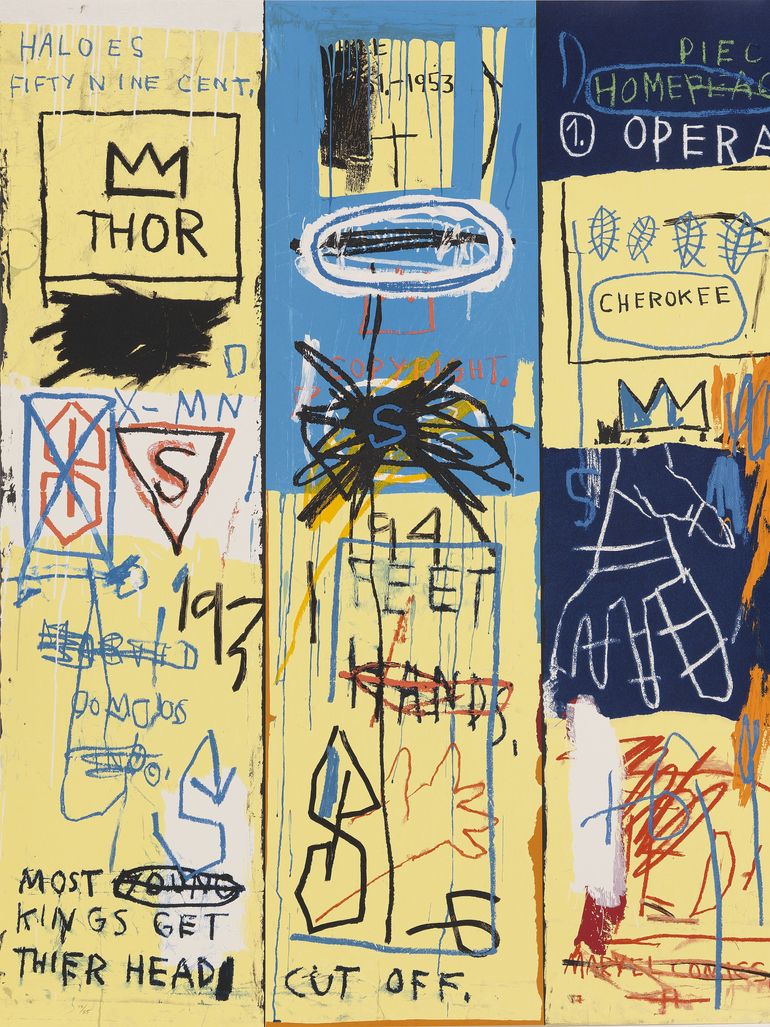 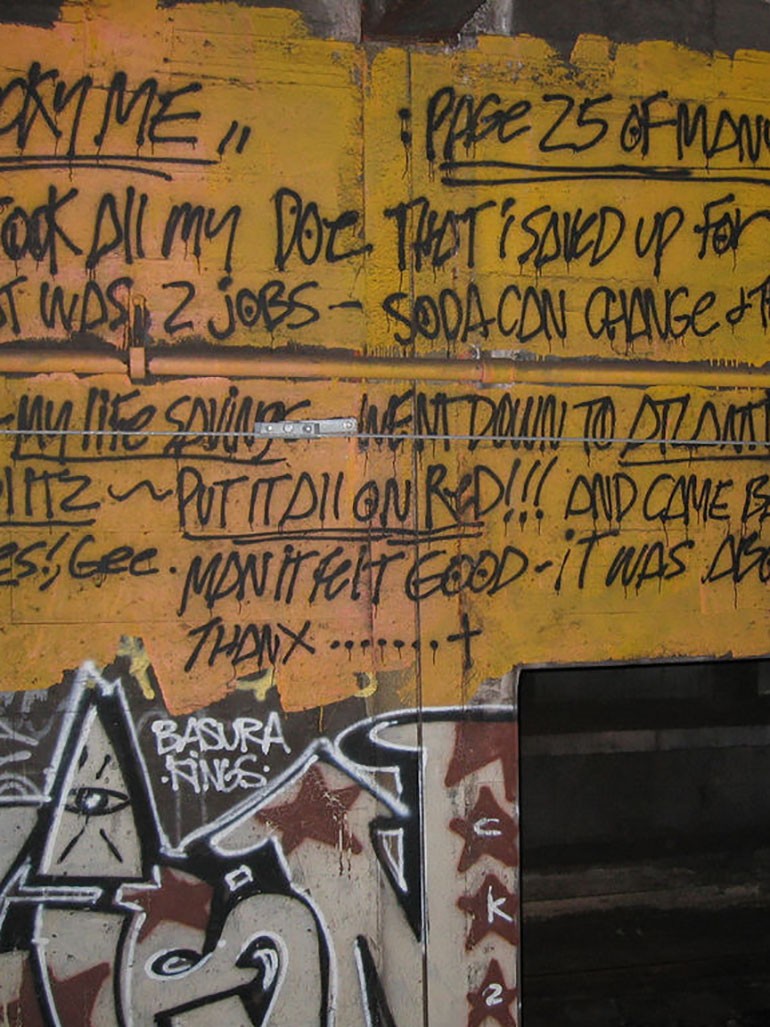