Six years. That is the amount of time Sebastião Salgado spent capturing the story of migration, the migrant crisis, individual heart-stopping moments in the never-ending migration and exile of humans. Exodus is a poignant collection that adds photographic evidence and storytelling of humanity on the move. When he started this documentation in 1993, Sebastião traveled far and wide with his camera intending to start a conversation by creating art that could allow viewers to reflect upon the human migration. The result was a collection of pictures capturing the human face of famine, war and conflict, and other disasters.

Exodus is a collection of 300 pictures that tell the timeless story of exile and migration. People forced to leave their homeland often speak of hardship, hope, deprivation and physical and psychological impact that cannot be understated. The pictures capture migration by Latin Americans into the U.S., Jews from the former Soviet Union, the Hutu refugees of the Rwandan genocide, the Kosovars exiled into Albania, and the Arabs and sub-Saharan Africans in their quest to cross the Mediterranean Sea and reach Europe. Migration and exile have many aspects and includes all sorts of people, those who know where they are headed and those in haste fleeing from war and conflict just thankful to be alive and able to run.

The collection has done a good job of capturing all the aspects of migration, whether individual or mass movement. He zooms in on faces ravaged by violence, hunger, depression, greed and hatred. Yet, some still show hope for better times ahead, compassion, and dignity even under their terrible circumstances. Other pictures show crowded boats, women carrying bundles with their babies at their chest, a laden truck, camps stretched out as far as the eye can see, the small bandaged leg, a page with a fingerprint on it, and even capturing an interview with a border guard.

The story behind Exodus

Whether born of conflict, famine, war, natural disasters, oppression, threat or political instability, people have globally been forced to look for their fortunes elsewhere away from their homes. This was the driving force behind Salgado’s intent to capture the poignant moments of displacement and migration. He drew inspiration from his own personal experience, having experienced exodus in 1969 when his family packed up and moved to Europe from Brazil, which was under military rule at the time.

Sebastião Salgado is a well-traveled Brazilian artist who was born in 1944. He is renowned for using social documentary, photography and photojournalism to tell a story showcasing human and nature’s plight and beauty. Since 2001, he has been a UNICEF Goodwill Ambassador and is widely exhibited and published with numerous awards. He continues to work on his photographic projects.

In the so-called “Zone Turquoise”, which had been built in 1994 by the French army in southwestern Rwanda, twelve refugee camps with a total of 300,000 residents shot from the ground.

Sebastião Salgado – The refugee camps in the “Zone Turquoise”, Rwanda, 1995

The violence in Rwanda, which started on 6 April 1994 and lasted until mid-July 1994, cost around one million lives. The initial conditions in the Benako camp deteriorated rapidly when 350,000 people arrived within four days. Most refugees had nothing but their clothes on their backs. It took a few days for the United Nations and aid agencies to create at least the appearance of order. As in this photo, it rained almost every night. Tentatively constructed blankets offered no protection against the heavy rains of this area. Thus, among the people who arrived safely, diseases spread very soon, favored by the lack of drinking water and inadequate hygiene. Tanzania, 1994.

One of the small boats called “Patera” with 27 Moroccans on board is discovered a few kilometers off the Spanish coast by a helicopter equipped with an infrared night sight. Minutes later, the men are picked up by a customs boat, but they’re lucky: their engine failed and they drifted out to the Atlantic Ocean.

In 1984 and 1985, Salgado captured a severe drought in Africa with devastating repercussions in Mali, Chad, Ethiopia, Sudan and Erythrea. Through startling black and white images, his camera brings representation to the effects of war and mass exodus on the human population. Here, in “Region of Lake Faguibine, Mali, Africa”, we see a mother headed out with her children into a bleak abyss, a landscape overcome with sand.

Sebastião Salgado – A woman after a break in the transit city Mutarara on the way to Maputo, Mozambique, 1994

Mozambique was shaken by civil war for decades before and after being released. Thousands of people fled to Tanzania and settled there. After a peace treaty ended the civil war, people returned to Mozambique.

Sebastião Salgado – A group of Rwandan refugees in Goma, Zaire, 1994

In the camp hospital, Katale doctors and nurses of the Dutch branch of the aid organization Médecins Sans Frontières (Doctors Without Borders) work. They are supported by a Dutch team of military doctors. It is one of the largest hospitals in the Goma area and almost alone supplies a population of 250,000 refugees. Working conditions are difficult because the camp is far from the refugee center in Goma (47 kilometers) and is located on lava rocks. Since the dead can hardly be buried in this soil, they are placed in rock gaps. With appropriate wind direction, the stench in the crowded hospital becomes unbearable.

Sebastião Salgado – Rwandan refugees wait for aid in a camp in Goma, Zaire, 1994

The megacities of Asia: Churchgate is the terminus of the western railway line, which daily reaches 2.7 million commuters to Bombay. Although more and more commuter lines are being set up, the trains are always hopelessly overcrowded given the population explosion.

Sebastião Salgado – Lunch break of a worker at a construction site in Jakarta, 1996

Most construction workers are migrants from the rural areas of Java, who earn about three and a half dollars a day.

Kabul is almost completely depopulated. Any armed group that seized individual neighborhoods or the entire city has forced a true exodus. Today there are only a few habitable houses in Kabul. When the Russians left Afghanistan in the late 1980s, Kabul was still largely intact. But after the numerous battles of the country’s ever-flaring civil war, the city is in ruins. The photo shows what is left of the once magnificent Jade Maiwan Road.

Just a few days after the Taliban had conquered Kabul, the women were only allowed to appear veiled and no longer work outside the home. However, they were allowed to pick up food and medicines at the distribution points. 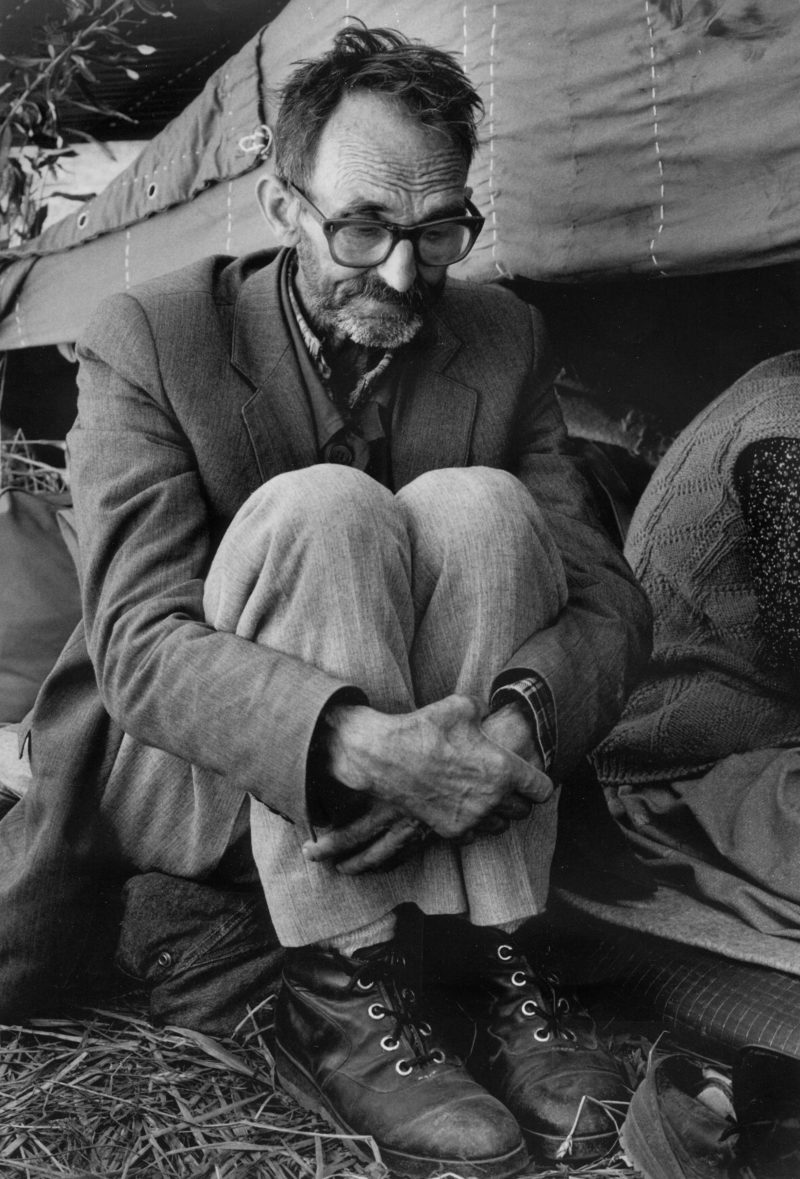 “The white man has built roads, houses, and farms, clearing the way for disease, poverty, and death,” once said the Macuxi tribal chief. The lifestyle of the Amazon Indians of Brazil is repeatedly shaken by the entry of strangers into their territory. This scene near the Marubo village of Maronal conveys an idea of the rainy life in the rainforest.

The consequences of the sudden move to a large city include the dissolution of the family structure. At first, families still try to maintain a sense of togetherness. Still, the tough struggle for survival in an environment where everyone is next to themselves and begging, prostitution, and theft have become commonplace inevitably causes the families to break apart. Adolescent children leave home, parents expose their smaller children or leave them to state care, especially in institutions of the Youth Welfare Foundation FEBEM. The photo shows abandoned toddlers in São Paulo, Pacaembu district, playing on the flat roof of a FEBEM center. 430 children live in the house, 35 percent of them were found abandoned in the streets of the city, the others were left by their parents in the center.

Occupation of the 70,000 hectare Giacometti plantation, the largest private property in the state of Paraná, by landless farmers.

The Ecuadorian women in this photo by Sebastião Salgado transport products to the market. Their husbands have migrated to the cities in search of work.

Children of the Exodus

Sebastião Salgado – Little girl of a landless family. More than 3,000 families have gathered at the edge of the national road while waiting for the occupation of land. Paraná, Brazil, 1996 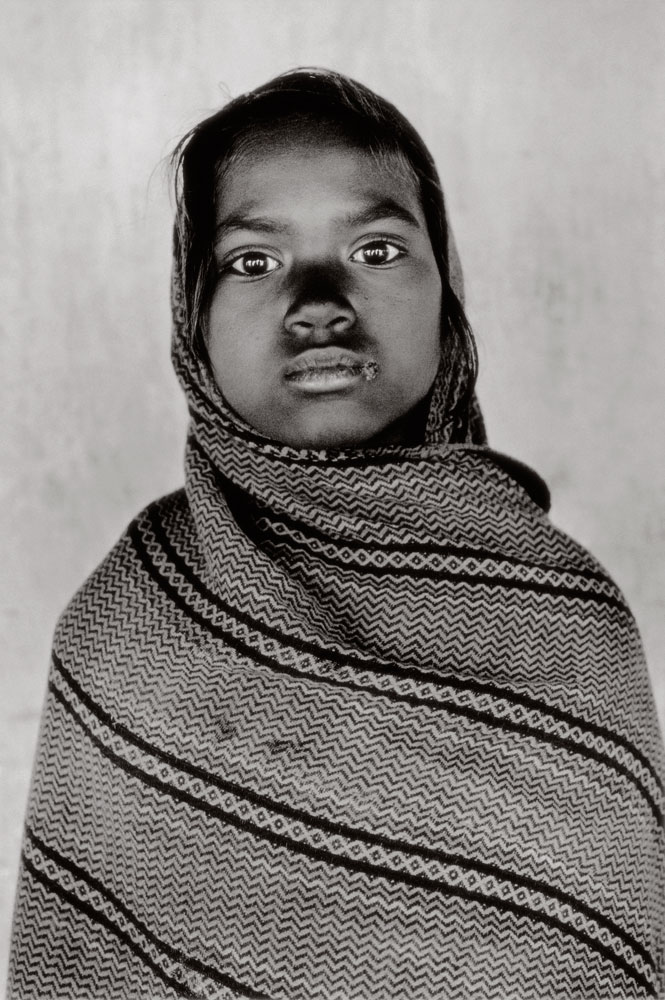 Sebastião Salgado – Camp of refugee prisoners on the island of Galang. Indonesia, 1995

Sebastião Salgado – Children of the Exodus

Sebastião Salgado – Camp for the displaced in Luena, Angola, 1977