Sebastião Salgado – Korem camp, Ethiopia, 1984 – ‘In 1984 and 1985 this part of Africa underwent a drought of catastrophic magnitude, never known before. War was on in several regions, in Chad, in Ethiopia, and, because of the drought or using this natural phenomenon, war amplified the exodus and pushed the populations out of the villages in which they could have hoped to survive.’ From Salgado’s book ‘Sahel, The End of the Road’ (2004)

Sebastião Salgado is a Brazilian born documentary photographer. He is also a photojournalist who has over time traveled about 120 countries to pursue his passion: photography.

Salgado was raised in Brazil by middle-class parents and later studied economics. He was then involved in student protests against the military dictatorship, and hence he had to flee his homeland. He chooses to settle in Paris and eventually started taking pictures with his wife.

Salgado focuses on global problems such as violence, hunger, and inequality. Most days of his career were based in America, Africa, and central Europe, paying tribute to the people who are dispossessed. Compassion fueled Salgado’s vision and mission.

His works were featured in numerous books and press publications, and Salgado’s The Salt of the Earth became one of of his most famous and rewarding works.

The Salt of the Earth

The international biographical documentary film The Salt of the Earth, directed by Wim Wenders and Juliano Ribeiro Salgado, was released in 2014 internationally. This film shows the work of Juliano’s father, Sebastião Salgado, the Brazilian artist that is behind the well-known monochrome images.

The visuals of this film are based on Salgado’s 40 years of career as a journalist and a photographer. Calling him just a photojournalist is not enough to describe him. He is an iconic character that has helped to shape the way we are considering photography as of now.

The respect of the director, Wim Wenders, for Salgado shines through in his narration. There are no precise details as to what time it took to make this film. Though, it’s easy to notice that the producer was a fan of Salgado for years. This fact allowed for a great time-line of personal narrative.

The documentary shows how people are struggling to survive in this cruel and untrusted world. The best part of this film focuses on Latin America. In this place, sadness, misery, and doom dominate the events and the lives of poor people.

Works show in this documentary

This film starts with some implausible black and white photographs. These photographs portray gold miners at work in Serra Pelada1 in Brazil.

They show many men sweating and covered in dirt as they work. You will also see some of the workers resting and several others climbing ladders from the pit below. Some of them are already tired from work, and others are getting out of the mines to rest. This series set the career of Sebastião Salgado in motion. 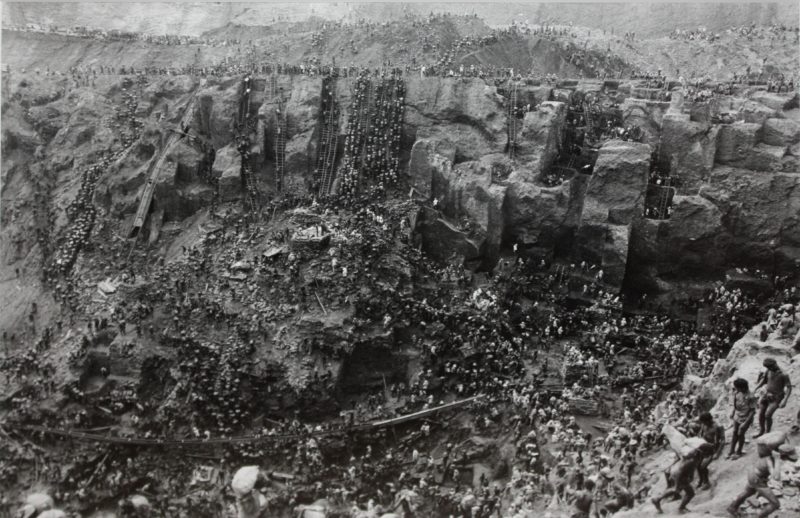 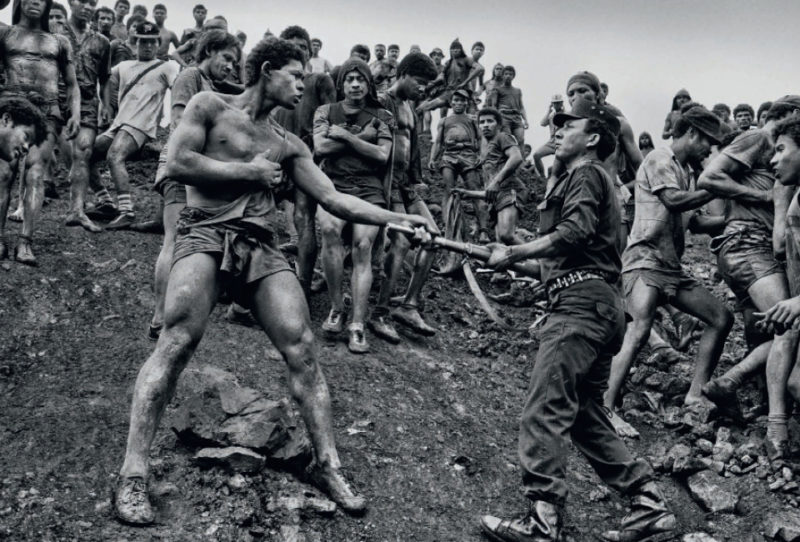 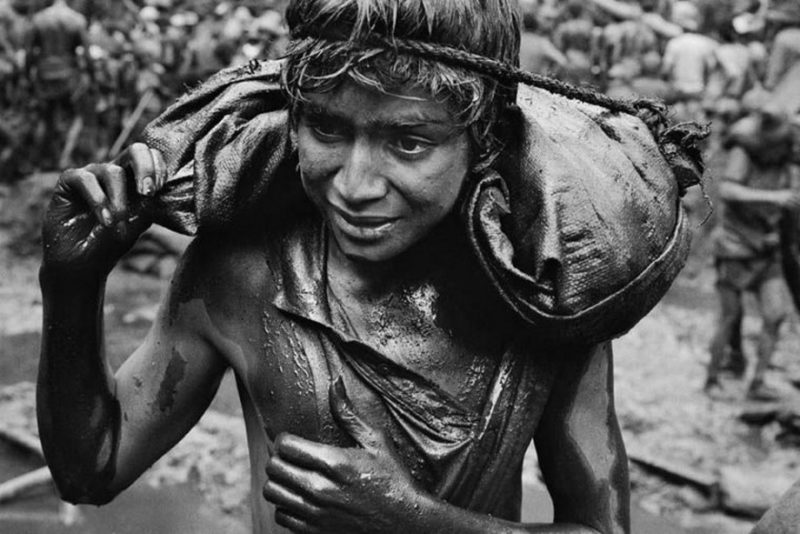 Some of his works cover a massive movement of refugees from all over the world. This is conveyed in Exodus3. This six-year project shows how vulnerable and struggling these refugees, and the workers are.

Sebastião Salgado – Refugees of the Croatian population, Serbia, 1995 – ‘In recent decades, hundreds of millions of people across the globe have been uprooted from their homes by poverty, wars and repression. Some flee to save their lives; others risk their lives to escape destitution. Most end up in refugee camps or in the slums of Third World cities; a lucky few find a better life in an affluent country far from their own. All in their different ways are at the mercy of economic and political forces beyond their control.’ From the book ‘Migrations’ (2000)

Sebastião Salgado – Antarctic Peninsula, 2005- ‘Genesis’ is a result of an eight-year expedition to rediscover the mountains, deserts and oceans, the animals and peoples that have so far escaped the imprint of modern society—the land and life of a still-pristine planet.’ From the book ‘Genesis’ (2013)

One of the biggest challenges that he encountered in his career was that he was accused of beautifying and justifying crime, suffering, and pain.

Salgado has also been criticized for his morbid preoccupation with death and human suffering. If you observe these outstanding images carefully, you will find relevance for life and dignity upholding all human rights.

Why watch this film?

If you watch the film, then make sure you pay closer attention to details. It makes sense to let your heart and your senses to be responsive to the images in the film.

To get the best from this film, you shouldn’t turn away from difficult images. You need to see all of them so you can have a clear connection of what the photos and the directors wanted you to get. Your empathy may need this meditative exercise. 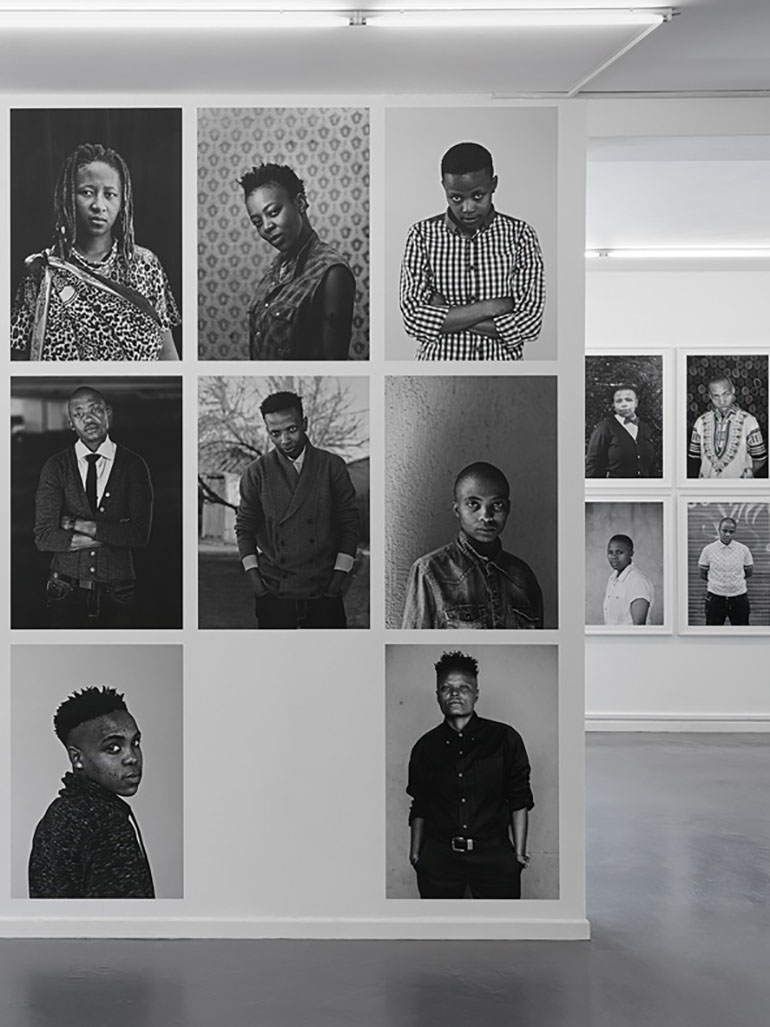 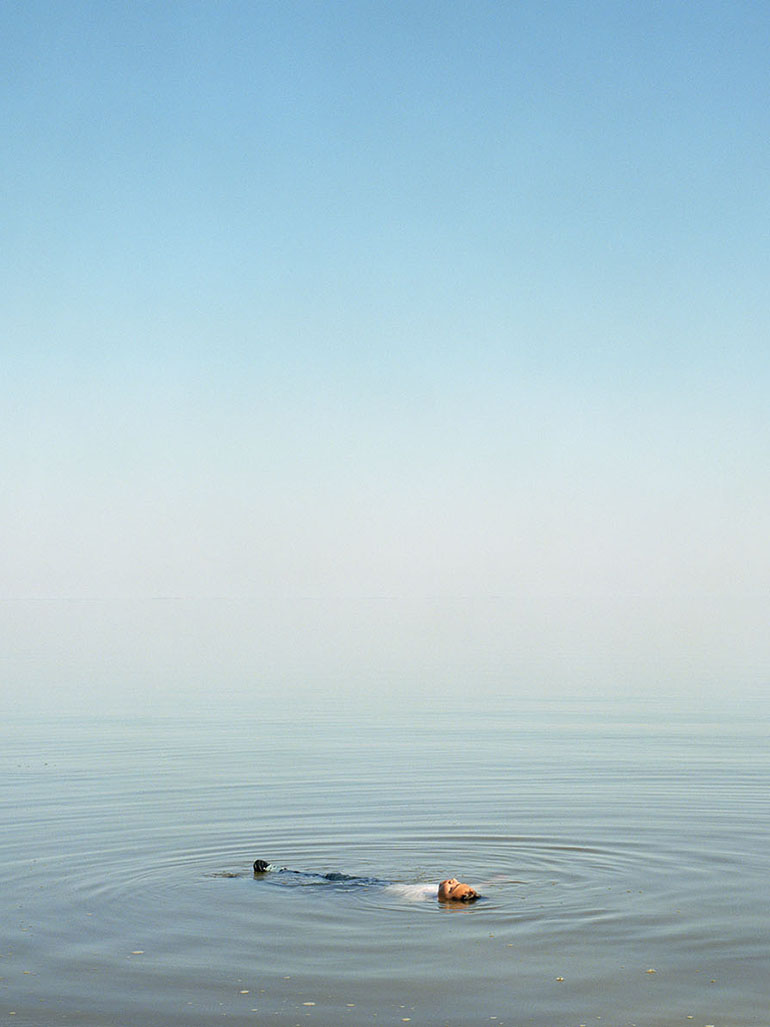 Want to support us? Want to see less ads? Be part of our fully independent operation and support us with a donation. We are a fully independent operation. One hundred percent of our editorial content is specifically commissioned. Contributions can be made with PayPal or by credit card.
Support us
Photography, 1986, 2009, activism/social justice, Art in Brazil, Ethiopia, Kuwait, Mali, Sebastião Salgado, Serbia, Siberia, travel/documentary, Zambia
Click here to cancel reply.