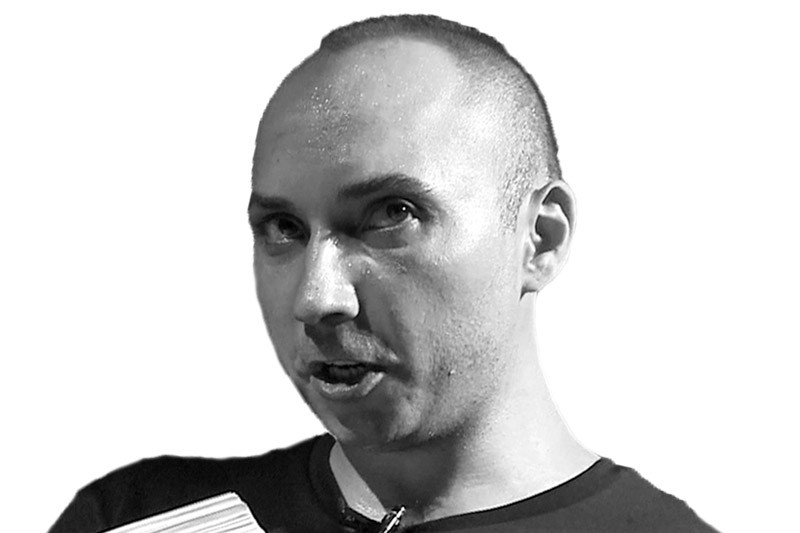 Armando Lulaj, born in 1980 in Albania, is a writer of plays, texts on risk territory, film author, and producer of conflict images. He has no desire to be subject to the context of local belonging. Rather, he is orientated toward accentuating the border between economical power, fictional democracy and social disparity in a global context.

Exhibitions include the Prague Biennial (2003; 2007), Tirana Biennial (2005), the Albanian Pavilion at the 52nd Venice Biennial (2007), 4th Gothenburg Biennale (2007), and the 6th Berlin Biennial (2010). His project NEVER was featured at the 63rd Berlinale International Film Festival in the section Forum Expanded.

Until recently, one could still perceive the traces of a monumental inscription nearby the Albanian city of Berat: in the 1960s, former dictator Enver Hoxha1 had commissioned the sketching of his first name, Enver, onto the surrounding mountains.

With each letter measuring 150m in height, the gigantic ENVER2 remained visible even long after the end of the regime. After a failed attempt in the 1990s to eradicate the then nearly haunted inscription, the letters persisted – eventually giving rise to the project NEVER by Armando Lulaj.

In the summer of 2012, Lulaj succeeded in re-writing the dictator’s former commission, however, implementing a distinct alteration: ENVER became NEVER. In his documentary film of the same title, Lulaj offers a closer glimpse at his laborious re-dedication and the process of (un-) naming the recent past while, in a sense re-enacting the historical incident.

The NEVER-Chart, a diagram the artist developed to accompany the film, suggests further possible layers of meaning and intertwining discourses encompassing the work.

How corruption relates to déjà-vu photography, courage to cannibalism, or land art to Lacan, are only some of the aspects, which will form the basis of a comprehensive publication currently in development at the Jan Van Eyck Akademie.