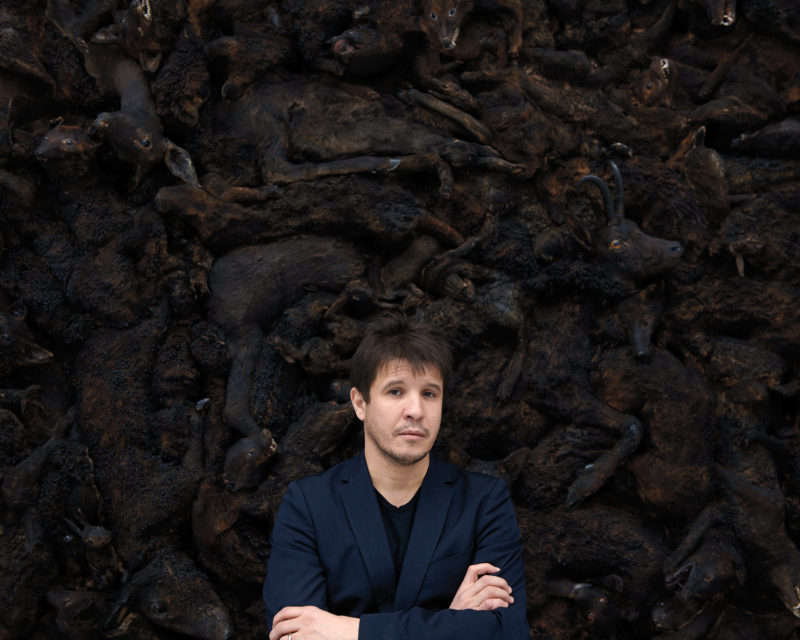 When there is no peace at home, one must go elsewhere; otherwise, the soul will die. The most important thing is to act, resist, and create to change the world.

Abdessemed’s work draws from a multiplicity of media, including sculptural installation, video, animation, and photography. While some critics label his controversial pieces inappropriate due to their often graphically violent nature, the acts as Abdessemed calls his politically committed artworks, consistently interact with larger global realities.

The Sea by Adel Abdessemed, is a video in which the artist faces the ocean on a rough wood slab. A work that speaks about the role of the artist and questions of survival, The Sea documents Abdessemed’s efforts to balance on his hands and knees on the wooden slab as it pitches with the ocean waves. At the same time, he attempts to write the phrase Politically Correct.