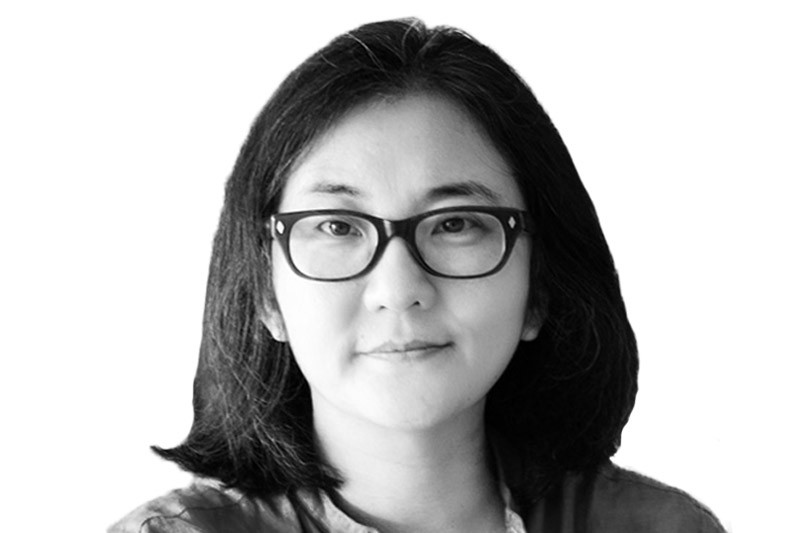 Yang-Ah Ham was born in 1968 in Seoul, South Korea. After studying in Seoul, she moved to New York, where she received an M.A. from New York University in 1997. In her videos, she creates, with different materials such as videos and photos, fiction that metaphorically narrate and depict a certain aspect and face of our society.

Themes like passing time and cycles are central subjects for her movies and investigations. The boundaries between fiction and truth are blurred to construct a distance to reality that speaks or points out complex issues, even taboos.

Ham has also begun focusing on the human’s nightly dreaming as another natural cycle of nature. Her video functions like a mirror in which we can observe our society. The work parodies contemporary life like a theater of the absurd.

Tourism in Communism was filmed in 2005, the same year Hyundai Asan1 announced that the one million South Korean had visited Geumgangsan2, a North Korean tourist area considered sacred by many on both sides of the border.

The South Korean company, Hyundai Asan, developed resorts there with permission from the North Korean government. In 1998, they began to lead tours to the only part of North Korea that South Korea’s general public could visit.

A gaudily decorated horse-drawn carriage with an enthusiastic, even exuberant, driver makes for a pleasant and amusing trip. However, the night landscape and propagandistic slogans posted along the way foreshadow actual events that were yet to come.

In 2008, a 53-year-old woman tourist, Park Wang-ja, was shot and killed by the North Korean military3 when she strayed into off-limit territory, and South Korea suspended all future tours.

In 2010, the North Korean government seized five properties4 owned by South Korea, claiming it was compensation for lost revenue, and opened the area to North Korean tour companies. Recently North Korea signed a memorandum of understanding with an American company to lead tours there as well.

Prior to 2010, United States passport holders were not granted tourist visas, except for visiting the Arirang Festival mass games. This film reflects a more hopeful time.