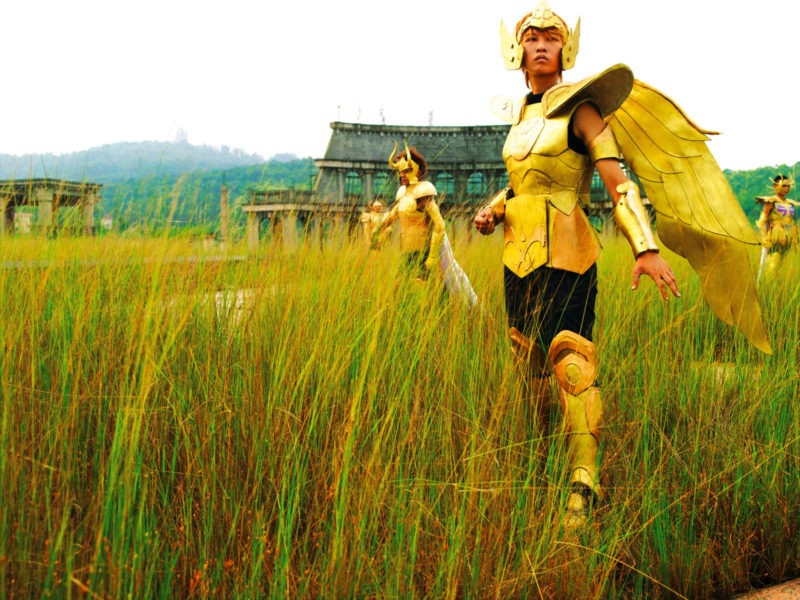 Chinese multimedia artist Cao Fei’s 2004 work explores the imagined identities of cosplayers (young people who dress up as game characters) and how they interact with the real world. To these individuals, a costume bestows magical powers upon the wearer, rendering their person more special and enabling them to transcend their mundane reality. These are people living in a video game world, alienated by the real, waking world, and seeking to unite the two spaces to live in a way that allows them to actually be this magic character by creating their own realities.

Cao Fei’s cosplay also got a lot of criticism from the older generation of the country who believe that it is disrespectful to promote an infusion foreign culture into their own.

Cosplaying refers to the practice of dressing up like any famous character or a person. In Cosplayers the artist depicts young Chinese people cosplaying as anime characters. This was to show the impact of Japanese media on Chinese teenagers and to show that people who cosplay actually feel like they have traveled to another dimension where they have superpowers. Cosplaying lets these people become more expressive about their feelings. They feel more secure in expressing themselves when they are cosplaying. They can become whoever or whatever they want in order to escape the harsh facts of reality. Some people cosplay to get rid of all the social pains and suffering that they endure on a daily basis as they might be depressed and unemployed in the real life, they can surely be kings while they cosplay.

Who is Cao Fei?

Cao Fei is a prominent Chinese multimedia artist, mostly known for her performances and digital media artworks. Her work reflects the fluid identities of China as a growing, evolving culture, juxtaposing escapist fantasies alongside vivid realities. Cao Fei’s work captures the impact that foreign cultures have had on China and its people, and the rapid cultural transformation in China in recent years. Cao tries to exhibit how people tend to blur the line between their dreams and reality. Her work has a unique style which is why she has garnered a lot of praise from people from all over the world.

This cinematic work is an experiment that employs a surrealistic plot to give COSPLAYERS (young people dressed as game characters) the ability to traverse the city at will, and to engage in combat within their imaginary world. They expect their costumes will grant them true magical power, enabling the wearer to transcend reality and put themselves above all worldly and mundane concerns.

All COSPLAYERS are very young, with dreams in their heads, spending all their waking hours in the virtual world of video games from a very early age. Hence when they eventually grow up, they discover they are living a life style frowned upon and rejected by society and family members alike. With no channels open to express their feeling and aspirations they resort to escapism and, becoming alienated and out of touch, they turn into ever more unbecoming characters. However, in that moment when they are turned into genies, chivalrous knights, fairy princesses, or geeks, the pains of reality are assuaged, even if the “real” world they are standing on has not changed to the slightest.

In recent years a group of COSPLAYERS, growing up in and around China’s coastal cities, have been confronted by both the traditional values of the Chinese education system and subjected to the pull of invading foreign cultures in the new century. As a group of adolescents who refuse to grow-up, they choke themselves with passionate impulses and an undisguised infatuation with personal fancies, expressed through ways and manners only they can understand and be comfortable with. 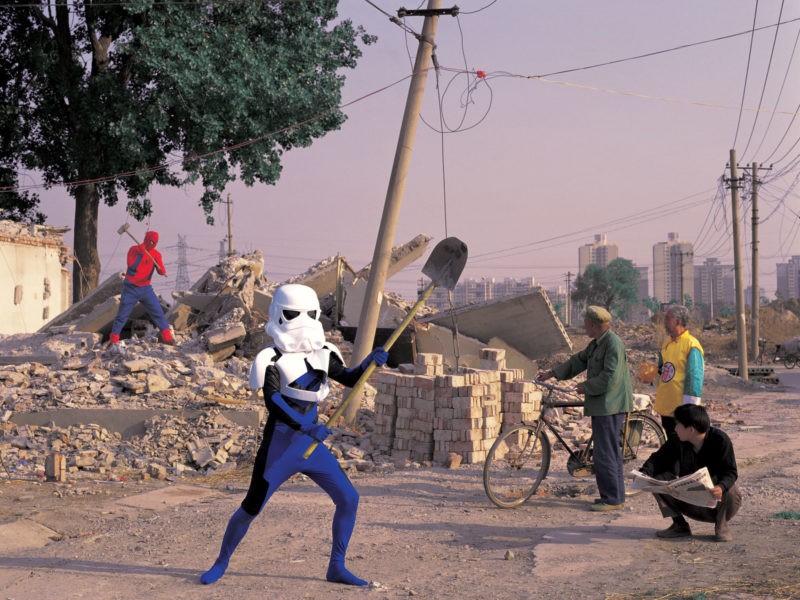 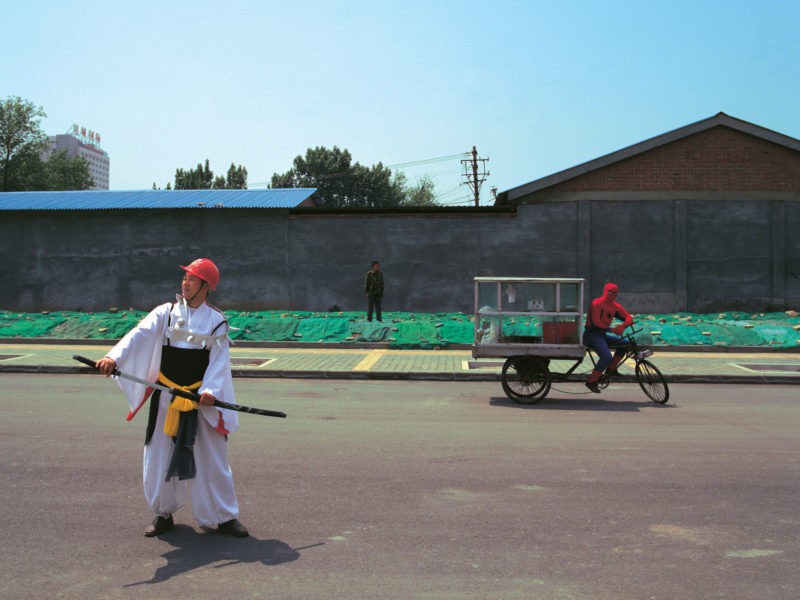 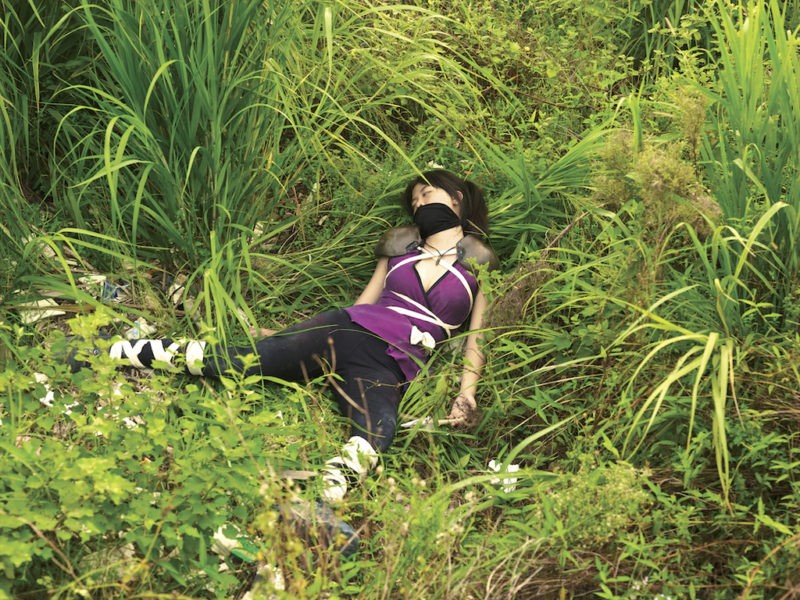 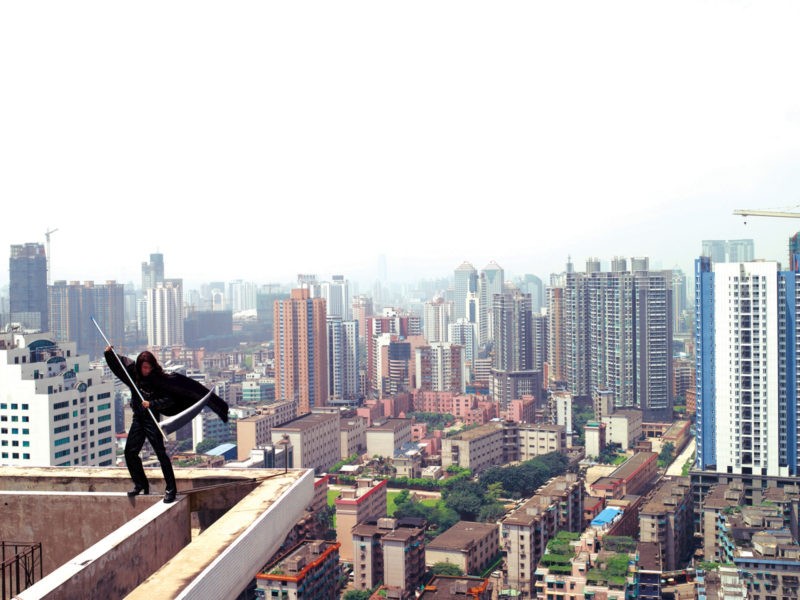 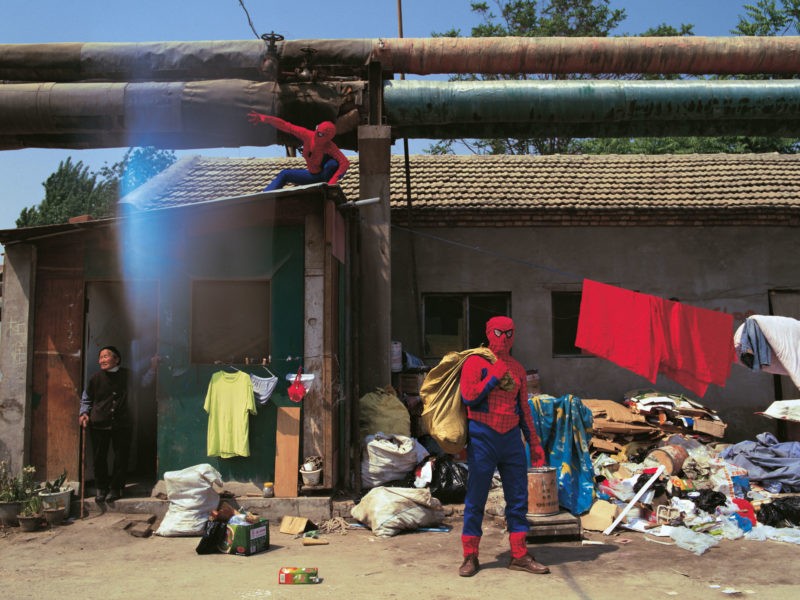 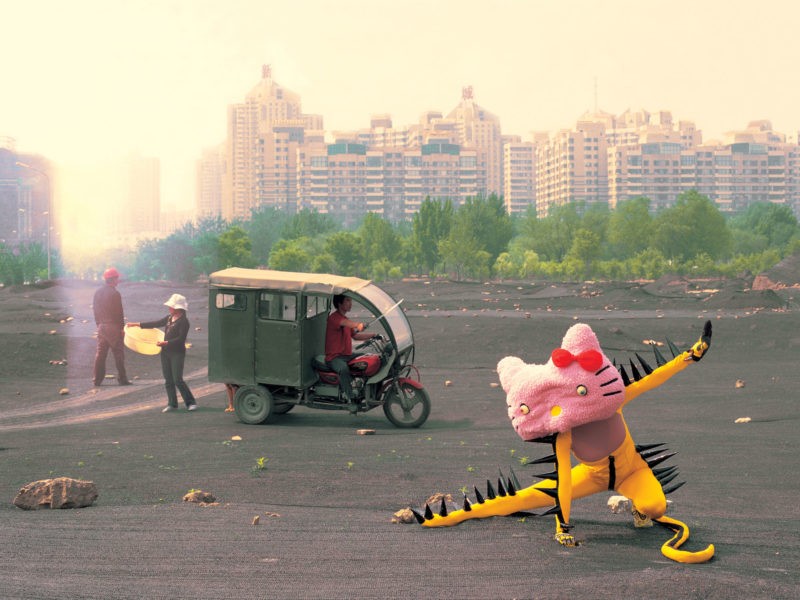 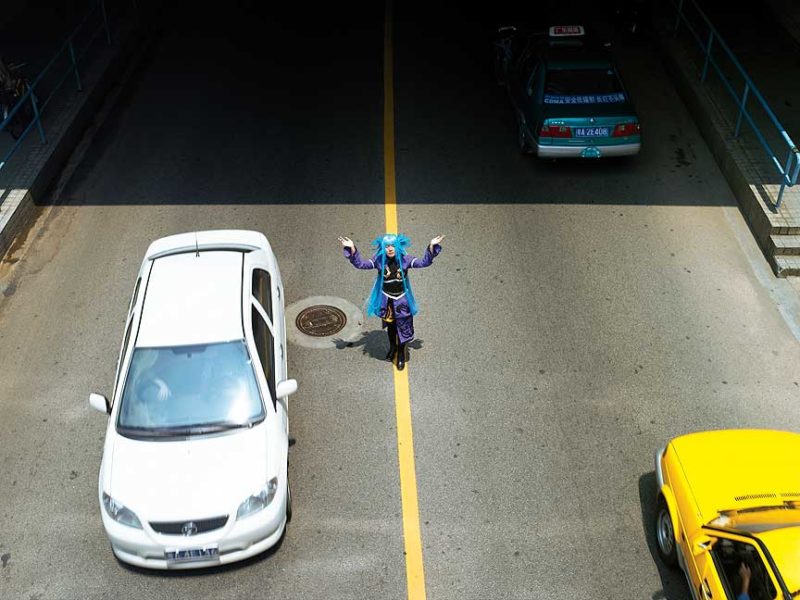 Cao Fei – She wish she know 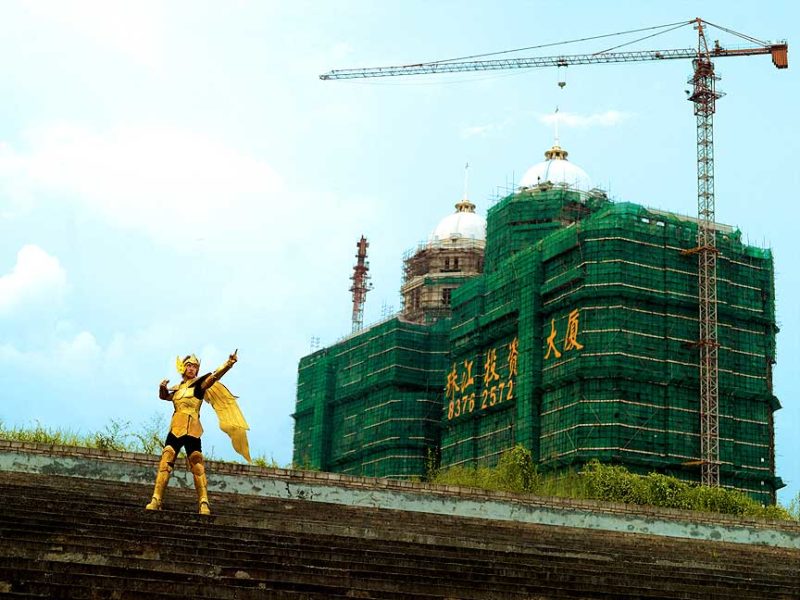 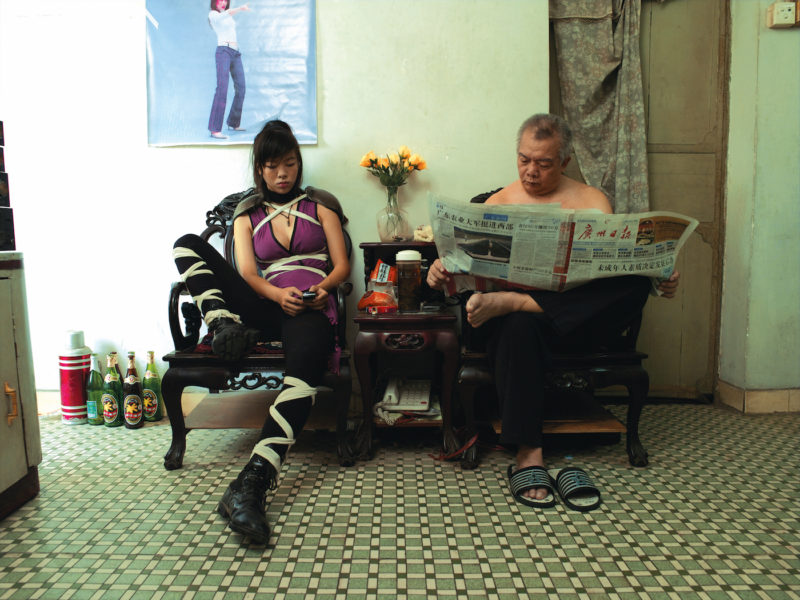 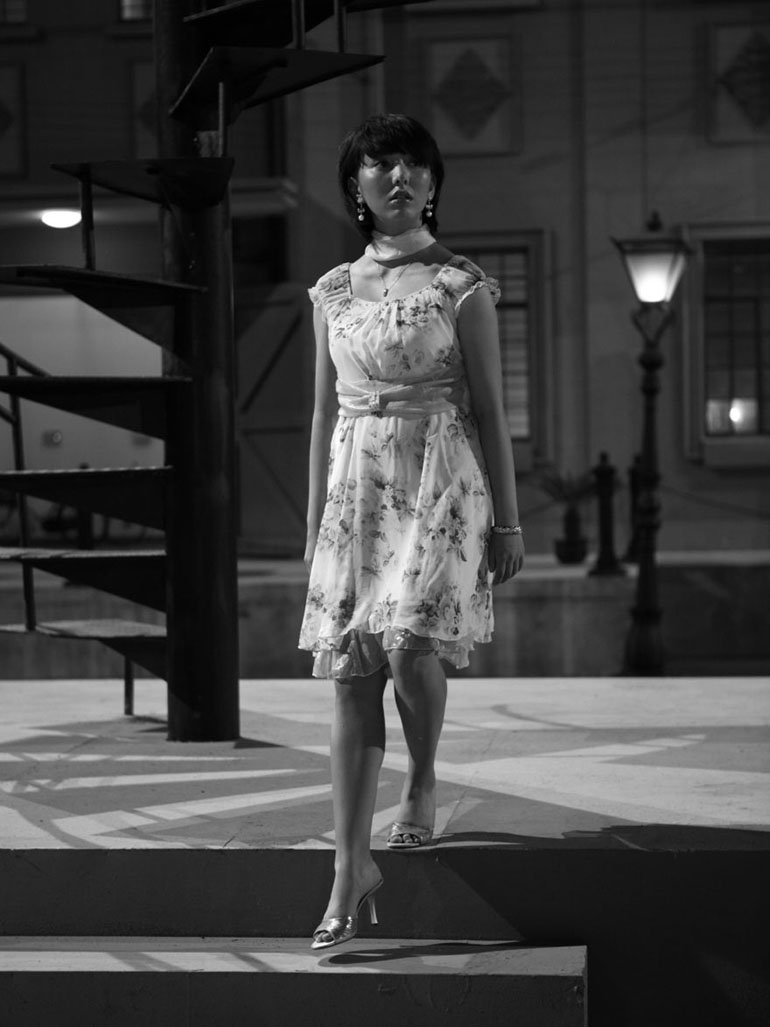 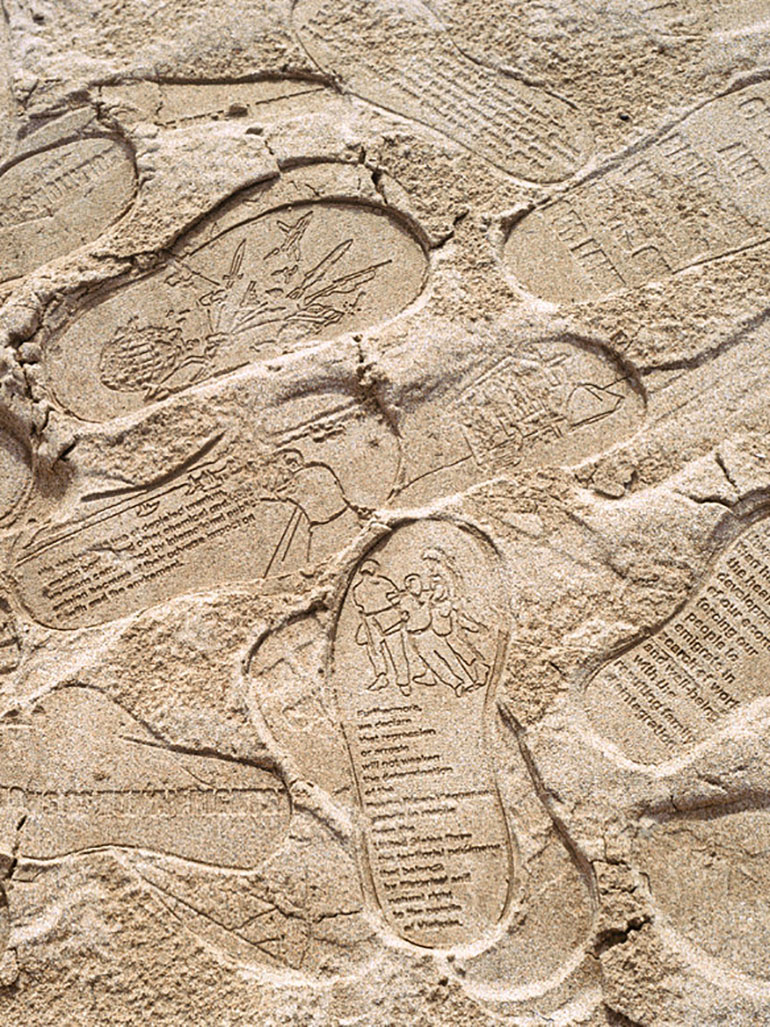 Allora & Calzadilla’s Land Mark – You never saw footprints like these 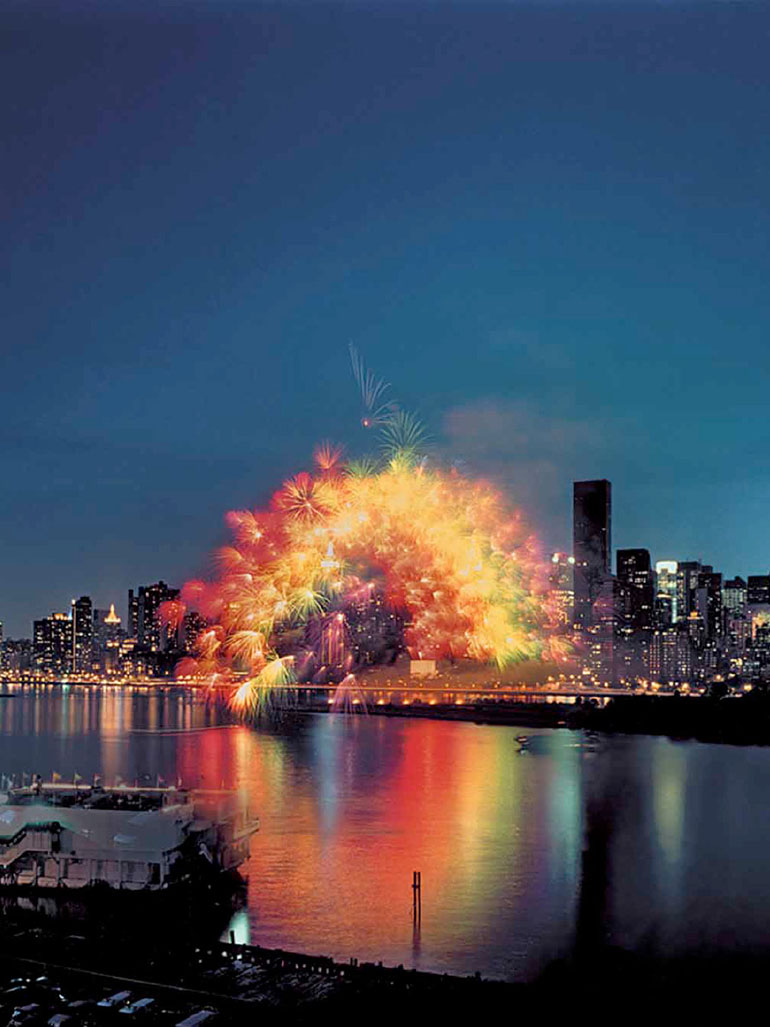 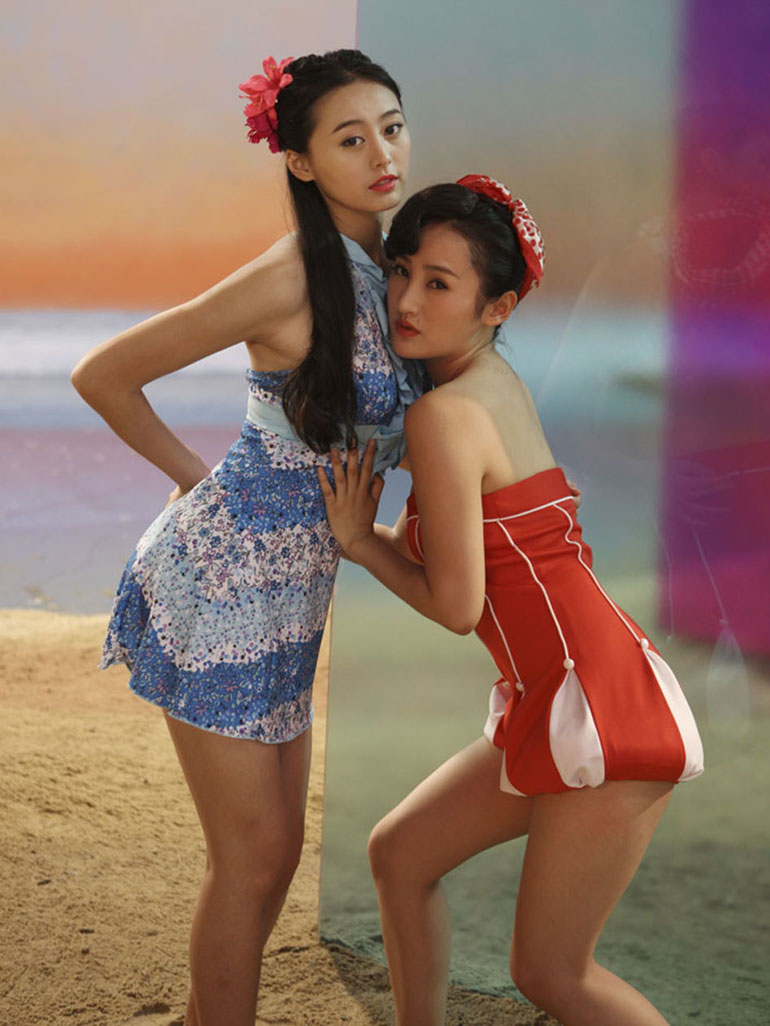