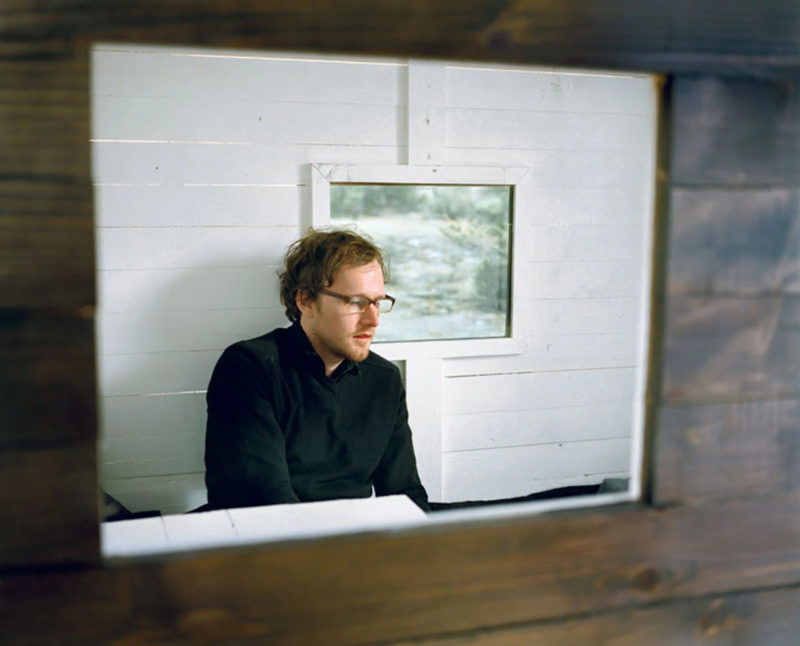 Guido van der Werve was born in Papendrecht, the Netherlands, in 1977 and currently lives and works in Finland, Amsterdam and Berlin. He has gained international attention for his video works.

Van der Werve plays the protagonist in his satirical videos, balancing between tragedy and comedy and between idleness and non-sense. Overall, he offers a poetic point of view on existentialism and fatalism. More simply, he delivers awareness of how lonely and absurd life can be at the same time.

Shot in the North Pole, he is confronted in this video by the vast desert of the northern landscape. He challenges his own limitations and faces the exhaustion of time and space in which he is located.

Once again, Guido van der Werve is performing himself, walking in front of an icebreaker. The unblinking eye of the camera captures the action, reminding us of the tableau vivant1 genre.

The simple, but endlessly repeated actions, create an unspoken narrative that betrays the artist’s obsession with the slapstick possibilities of isolation, sadness, and alienation.