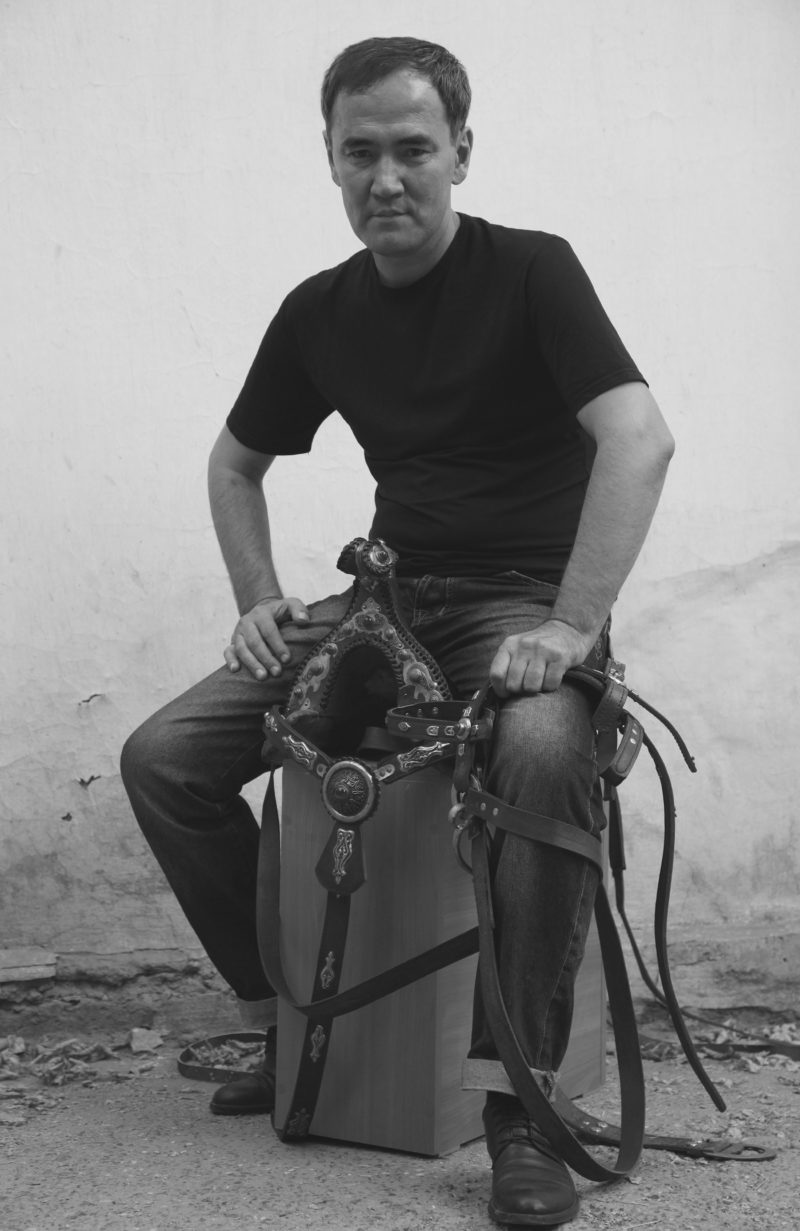 Said Atabekov was born in the Tashkent Region in Uzbekistan in 1965. He graduated in 1992 from Shymkent Art College in Kazakhstan. Soon after, he became a part of the art group “Kyzyl Tractor”, a creative laboratory that evoked aspects of nomadic culture.

The group was also the first avant-garde artistic group founded in the southern country after the Perestroika. His work has been widely featured at the forefront of international museums and art events.

His works push boundaries and perspectives on transcultural contexts. It also fosters and stimulates a young and emerging generation of artists. He is now a teacher at Shimkent Art College and remains a key figure in Central Asian art.

The video documents a performance in which the artist kneels and bows in front of an automatic door. In a dervish-like, praying manner, he opens up the doors of a supermarket by his rhythmical bowing.

Whether the door opens into a corporate building, modern supermarket, or university is not clear. However, what is clear is the deconstruction of contemporary realities such as economics and the alienated radical movement involved.

Comical at first, it provides trenchant thoughts on worship and religion, stereotypes and notions of progress and modernity. Here the artist questions migration and the resulting recurring cultural ‘invasion’, contributing to his research on developing a common cultural expression across Central Asia.