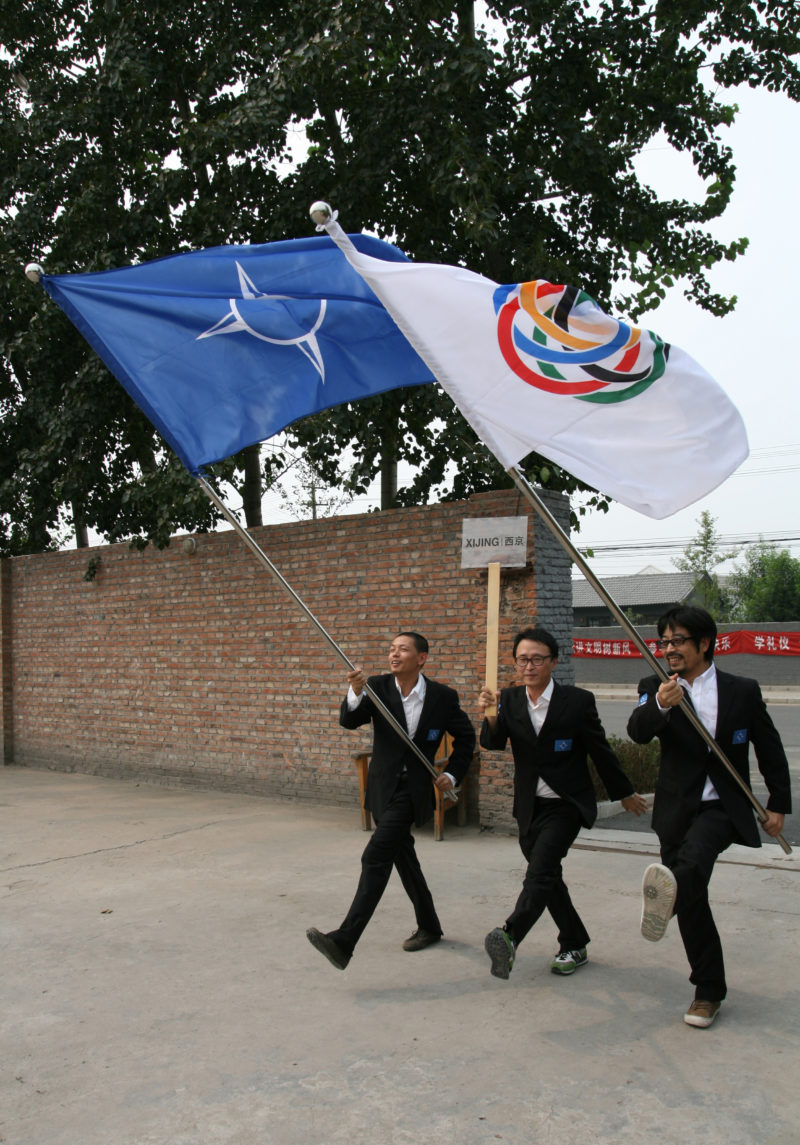 The term Xijing is the Chinese reading of Chinese characters meaning western capital (the city’s name would be read as saikyō in Japanese and suhkyung in Korean). The wordplay has roots in the names of actual cities: Beijing (northern capital), Nanjing (southern capital) and Tokyo, known in Chinese as Donjing (eastern capital).

Since 2006, the Xijing Men have used humor, satire, sarcasm and absurdity to create elaborate performances, drawings, photographs and objects that explore the imagined history, politics, economics and culture of this fictitious place.

Staged in August 2008 during the official Beijing Olympic Games, the Welcome to Xijing – Xijing Olympics presented a humorous yet provocative take on the unabashedly spectacular China’s Olympics mania.

In the outskirts of Beijing, the artist group carried out their own version, casting themselves as athletes and their family and friends as audience.

Drawing from everyday objects and experiences, their version mocked the seriousness and solemnity with which the Chinese government and the Chinese public treated the glitzy theatrics of the real Beijing Games.

If the Games themselves constituted the supreme performance of Chinese national pride under the auspices of international diplomacy, then the Xijing Olympics represented a caricature of these attitudes in which humor, playfulness, and aimlessness are injected into the highly scripted and ceremonial tone of the official games.

The low-tech theatrics of the Xijing Olympics reflected a form of practice that is refreshingly human-scaled and attuned to the proximity of individuals rather than traditional groupings conditioned by notions of the masses and the people.