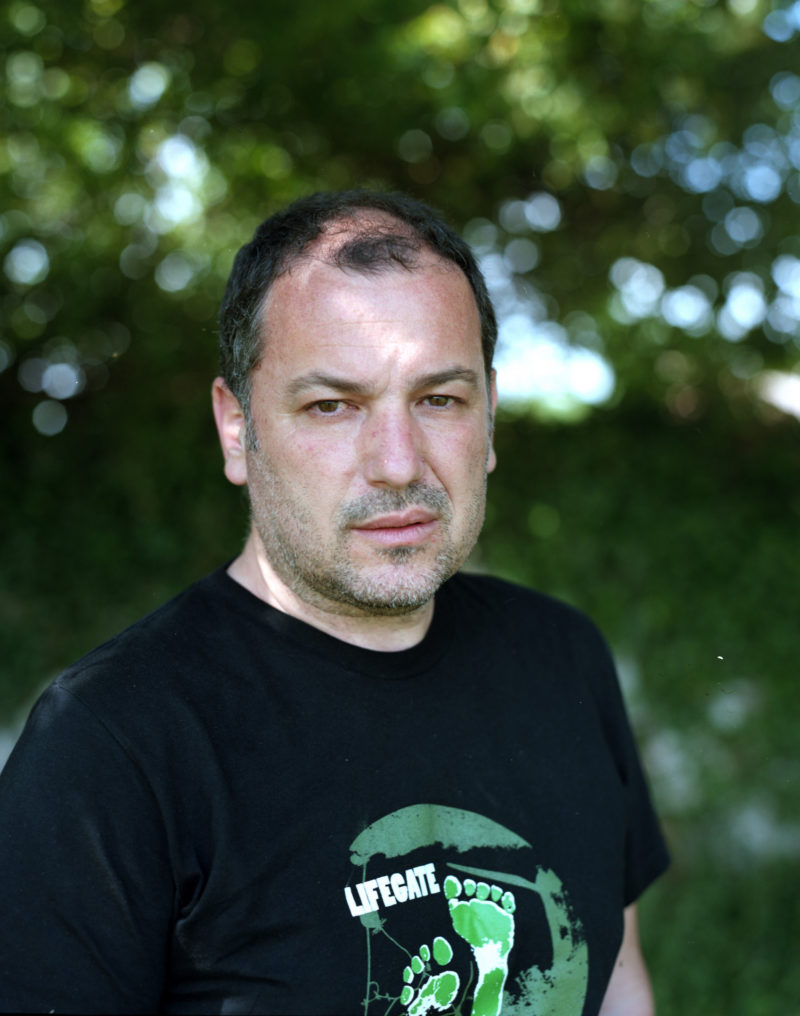 Adrian Paci was born in 1969 in Shkodër, Albania. He lives and works in Milan. In 1997, Paci and his family escaped violent riots in Albania1, and arrived in Italy. He decided to explore a new means of expression through videos.

His experience of exile, the shock of separation and the adaptation to a new culture urged him to discover the roots of his past. From this, as he said in an interview2, being at a crossroads, at the frontier of two separate identities, underlies all [his] films.

Paci uses his own experience and that of his family and friends to create responses to such issues as living in exile, identity, memory and collective history.

The Column deals with migration, placelessness, the repercussions of globalization, and the transformation of cultural identities. He got the idea for the work when he learned that it is possible to order giant marble sculptures in China, which, to cut costs, are hewn by a team of workers on a freighter en route to Europe.

Paci’s film shows in calm sequences the extraction of the marble block in China, it being loaded onto the freighter, and the work of the sculptors on the high seas. At the same time, it addresses the drawbacks of the global flow of goods, ideas and labor.

The Column is both documentation and cinematic metaphor; from the hardness of the marble, he transitions poetically to the real workers’ conditions. 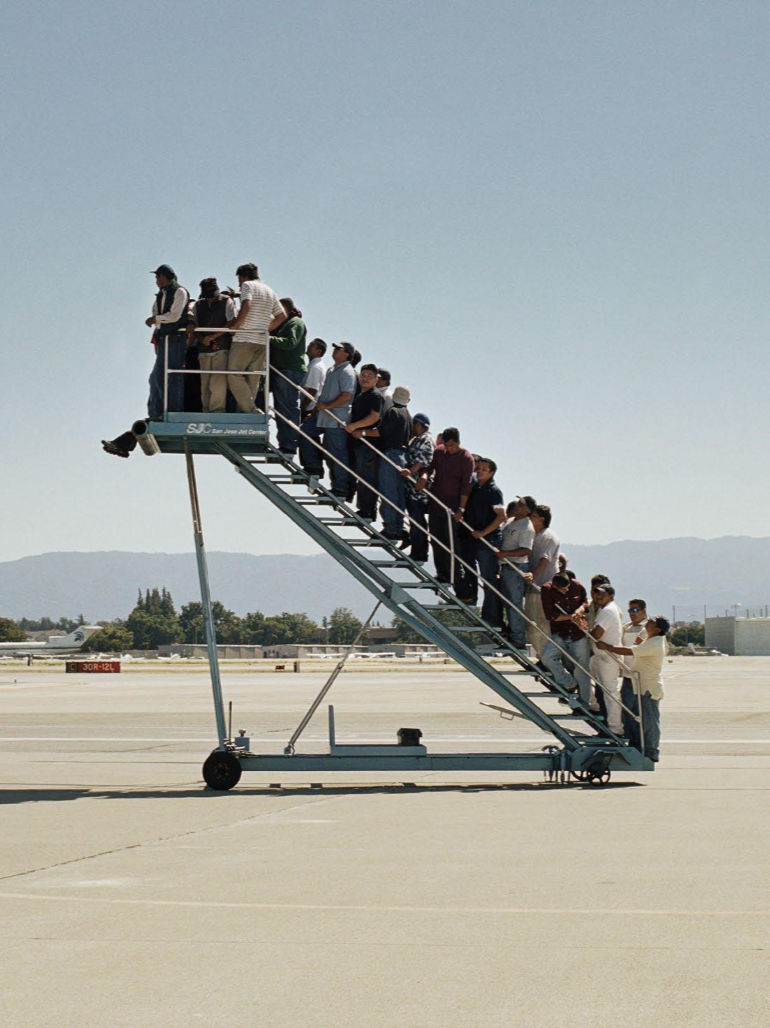